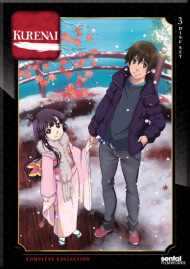 To make money, high school student Shinkurou Kurenai works for the secretive Benika as a "dispute mediator," acting to intervene in the disputes of clients – often violently. One day, Benika gives him a much different assignment: to protect Murasaki Kuhoin, a seven-year-old girl from the wealthy Kuhoin family. This turns out to be a more troublesome task than he expects, as Murasaki is spoiled, naive, and completely unaware of what life is like outside of the luxurious one she had previously. He also has no idea why Murasaki needs his protection, though he is slowly obtaining details from a well-informed classmate. Adding to his problems, Shinkurou still must continue to do his previous work for Benika and take care of his social relationships in school while protecting Murasaki, complicating his entire life. Nonetheless, as time passes, he and Murasaki grow close; however, trouble brews in the shadows as everyone - including Shinkurou - seems to be harboring secrets...

A show that would probably appeal to most ultimately served to piss me off at every turn. Story: On the surface I can say that the story and plot here are actually quite good, I had a little trouble at the start following what was going on due to just how much information they bombard you with but in the end it wasn't difficult. They had a few points where they go off on a tangent which seemingly has absolutely nothing to do with the main story but that's not exactly a new thing for anime in general, still it felt extremely out of place here. Animation: I had points where I thought the artwork was decent enough, and points where I thought they really went south with the quality, especially during fight scenes where the action got kinda garbled. I wasn't wholly impressed here... Sounds: There were sounds, I heard them, I didn't pay them any attention... Characters: Annoying, stupid, idiotic, hypocritical, and often completely outside what made any sense to me at all. So many times I wanted to just reach in and grab one character or another and choke them to death. I think the little girl was the only one I didn't end up despising to some degree being the only one that had a reasonable mind and one that at least stuck to her character instead of going completely outside what I would have expected. Overall: Lets just say that for me there were so many character problems, plot problems, and things that just served to annoy the crap out of me that I ended up hating this anime with a passion. A lot of what I disliked about this show can't be summed up without spoilers and because I loath to include such things in my reviews I'll just have to leave it at that. While I'll probably never recommend this to anyone, I'll also never tell anyone not to watch it as the dislikes I have towards it are definitely about my own personal tastes and not about it being of poor quality/design. While I'm sure there are many that would agree with me, I'm sure that there would be some to read this review and then deciding to watch it anyway would wonder what the hell I'm bitching about. This particular title has pretty much solidified itself as one of my most disliked shows that didn't include one of my 3 deadly sins in anime, a dubious achievement indeed. 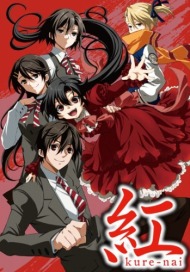 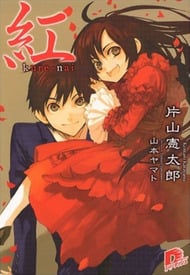 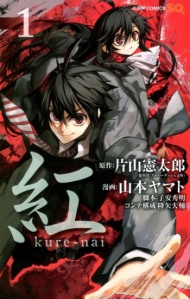