Alt title: The Beheading Cycle: The Blue Savant and the Nonsense Bearer 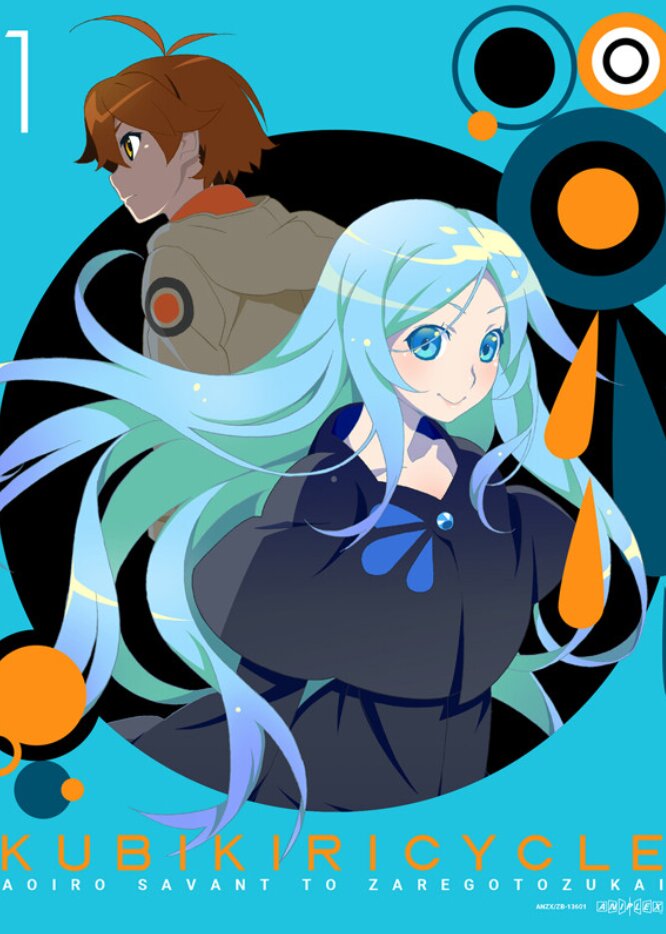 Absolutely excellent anime. Likely the most underrated I've watched, and I watch quite a bit. If you don't mind heavy dialogue, then this is the perfect murder mystery for you. Shaft nails the visuals as always. The plot twists are intense, and the last two episodes are mind-blowing. A slow burn that ends with a house fire. If you're looking for something similar to monogatari, you found it. If you're searching for that amazing anime nobody else has seen, your search is over. 10 out of 10, it sticks with you.

A woman confined to an island invites geniuses to visit and spend time with her, but this time there is a murderer amongst them.

Not a good mystery show, there is mystery sure, but the audience is not given enough information to solve it (perhaps someone who has read/watched mystery stories before could) and the show is more like Monogatari series with 100% less combat and the same amount of dialogue, as a bonus Akio Watanabe designed the characters.