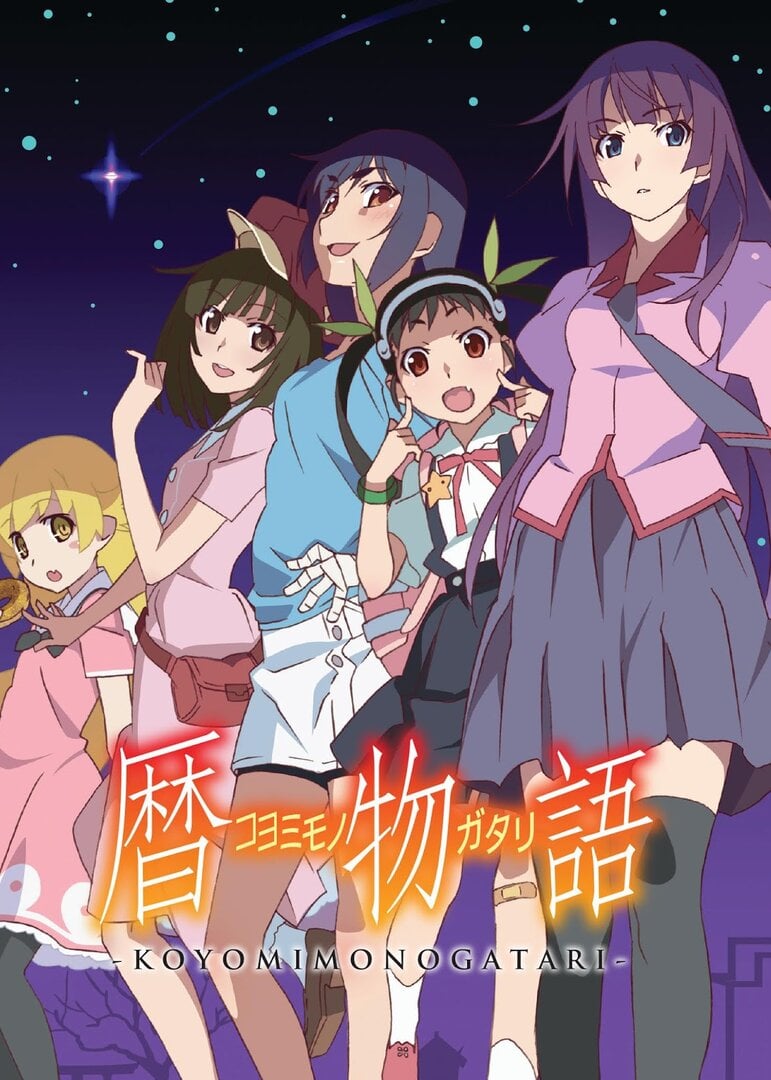 Is the *monogatari series finally played out? Koyomimonogatari kinda feels like it. It's not straight up ecchi nonsense with a few moments of cool... but it does feel more like a victory lap for a series that's wrapped up. The visuals, as usual, are stylistic and spectacular, just as we'd come to expect from the series. The audio is again on point. There are stories which are mildly supernatural in nature, but leaning more towards the mystery side of things.

This is a reblurring of the lines between the supernatural and psychology, the dual-interpretation behind the series. While in the past, it has leaned more towards the supernatural, here it is back towards the mundane. The settings in already trod upon time frames lend credence to the fact that the characters weren't really dealing with the supernatural at all, they are just disturbed. Or maybe Koyomimonogatari is just the collection of stories too mundane for the regular series.

Still, the question remains, once you remove the meta-value, the place of Koyomimonogatari in the series, does it stand on its own? Not really. Each chapter is about a different girl, and her relationship with the protagonist. The stories in and of themselves are not special. Artistically, this is perhaps the most mundane of the *monogatari series. The added value is nearly entirely given by the earlier installments.

It's still by the numbers from a form and function perspective. Koyomimonogatari's chapters are shorter and each stands on its own, which has already been done in the second season. There's still some fan service and humor to lighten the mood... but this is about as close to slice of life as the *monogatari series has achieved. It's a good change of pace, and as such does add to previous works in the series.

As I mentioned earlier, Koyomimonogatari is the slice of life wrapping up of the "main" series. The victory lap analogy is good, because it doesn't really matter - the series already carved its place into anime history. It feels good, and has a positive vibe to everything. But it really does feel like the race is over, that the real story has already been told. This can be seen by some parts where the plot hinges on references to earlier seasons of the series, either via name-drop or talking about some plot point as part of an explanation.

We're talking fluff and filler here. There's some plot, but it's mostly "simple question, mundane answer, feel good resolution". Koyomimonogatari takes a decidedly less dramatic turn compared to the rest of the series. If the first series begs the question "was there anything truly supernatural, or are these just a bunch of crazy people and those humoring them?", and later it was answered as supernatural, this season pushes back towards "crazy people". It's a nice gesture, but it relies too much on earlier parts of the show to stand out. On its own, this is nicely written, but nothing exceptional.

The structure of Koyomimonogatari doesn't lend itself to character development. There, I said it. We get some more time with characters we know and love, they're fun, and at this point it's more like meeting old friends. But there really isn't much that can stand on its own. The wide array of characters is interesting, and their characterization is sharp (even at the cost of some of their depth at times). Still, it was well executed for the story.

The writing for Koyomimonogatari isn't the series at its best, but it isn't the the worst either. It does the slice of life thing decently, keeps the air of mystery that makes the series fun, dials back the surreal a bit, and doesn't have much in the way of drama. It's a well executed bit to round out the rest of the series. I have hinted to the end of it, the last two chapters are the only ones of relevance to the actual overarching plot.

Well, it's what you'd expect. Shaft do their thing at extremes, though dialing it down on the surreal. It's what you'd come to expect from the series, and it's gorgeous.

I'm a sucker for this series. If you've watched the earlier seasons, watch this as well.

A series of short ghost stories where every episode pays tribute to one of the cast members. Some of the episodes have a short story where Araragi helps his friends solving their issues while in others they just take the time to remember something from the past.

The stories don't really add to the character development and we know all the characters pretty well by now. Like I said, it's more of a tribute other then actually helping a story move along.