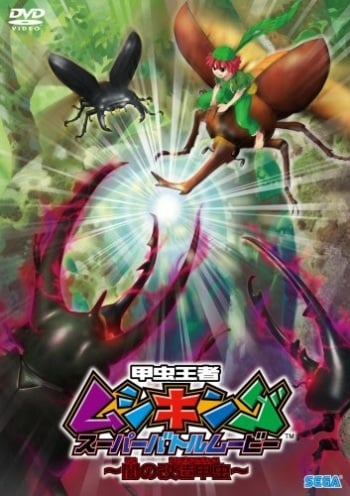 If you're looking for anime similar to Kouchuu Ouja Mushiking Super Battle Movie: Yami no Kaizou Kouchuu, you might like these titles.

Through an unexpected turn of events, an ordinary elementary school student, Hiro Enryu, finds himself in the world of the "Dragon Collection" game. This is a world called Dragon Earth, where gods, humans, and monsters exist side by side. Those who roam this world using a magic book, called a Grimoire, and cards to summon monsters and search for treasures that bear the powers of dragons are called Dracolle Battlers. Despite his bewilderment, Hiro becomes a Dracolle Battler and, together with the friends he meets there, begins his adventure to become a legendary "Dragon Master!”