Koori no Kuni no Misuke - Recommendations 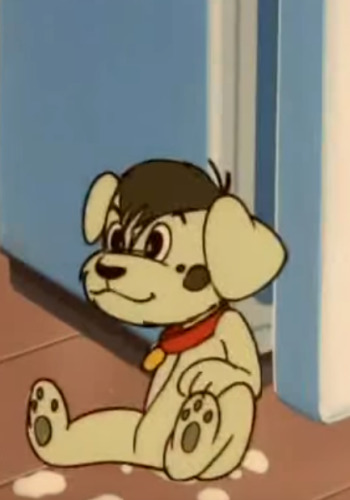 If you're looking for manga similar to Koori no Kuni no Misuke, you might like these titles.

Wansa-kun, is a puppy who was sold for pittance and escapes. He spends the series searching for his mother.

While hurrying to join Weed in Ohu, Mel is shown kindness by the house dog Jody. When Jody's masters are kidnapped, Mer decides to repay her kindness by helping them. Meanwhile a Great Dane called Ron escapes from his home to run free, but is soon sent running for shelter by a thunderstorm. He meets Bull, a Kai-Ken, and through their friendship learns courage if not for himself then at least for others. Elsewhere a little boy befriends a stray puppy and his mother, learning through them to be a stronger person.

Riki is the son of Shiro, the strongest bearhound in Ohu. He was born the runt of his litter, the only red pup and much smaller than his siblings. Feeling sorry for him, his mother Yamabuki's owner decides to keep him, naming him Riki - a "big, strong" name. When Yamabuki's original owner asks for her dog back, Riki is unhappy with the forced seperation from his mother and runs away from home. He is rescued by Shiro, who encourages him to become stronger and stand up for himself. Moved by Shiro's words and his display of power, Riki returns to his owners, striving to get stronger. Over time he grows rapidly in size, becoming stronger and more powerful than ever, and Shiro proudly acknowledges Riki as his son.

The adventures of the Ouu army continues, centered around Weed's children Sirius, Orion, Rigel, and Bellatrix, along with several other children of Ouu's veterans.

After the war against Akakabuto, Gin and his friends adventure to find the fallen soldiers' relatives to give their condolences.