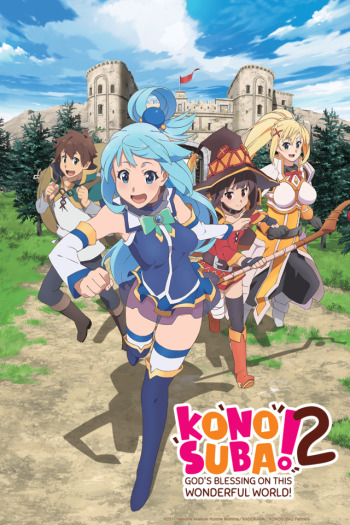 Disclaimer: this sequel was extremely bad, anyone who tries to defend this level of cashgrab filler will not be taken seriously. You don't have to bother commenting if you're a fanboy that actually liked this garbage.

Probably one of the worst sequels I've ever seen. Season one had some good humor and a decent 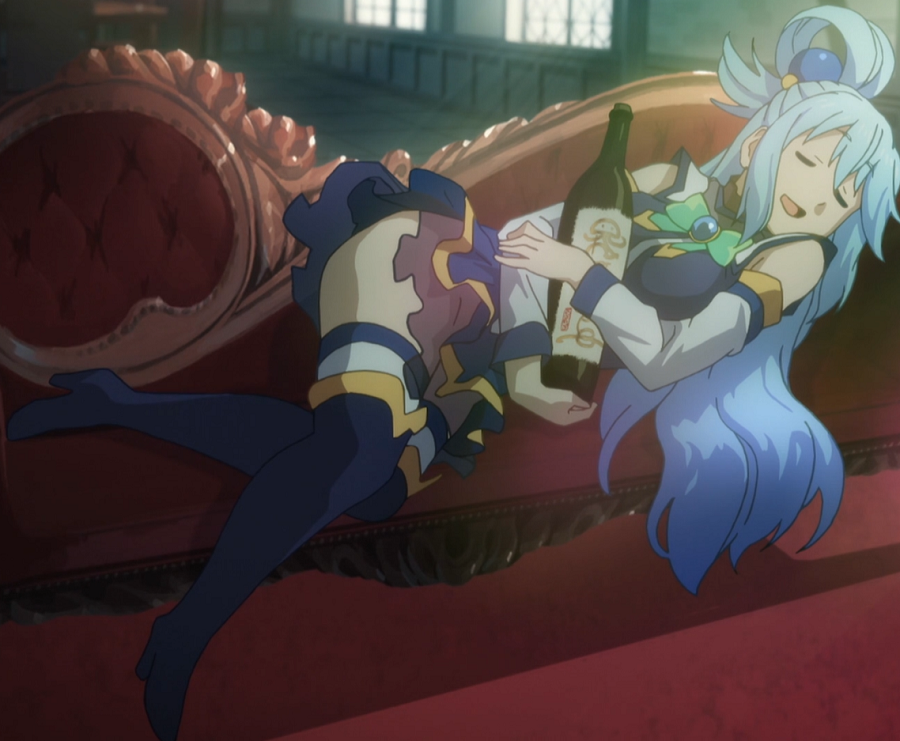 story, but season 2 just consists of bad ecchi scenes, getting in and out of debt all the time to give the characters a shitty motivation to do anything, and basically not progressing anywhere since the end of season 1. Aside from a little backstory on Darkness which was mostly just ecchi scenes about how she likes to be humiliated following by some shitty high pitched screams, S2 had no progression whatsoever.

I hoped to see them leave their hometown this season and actually start going on an adventure, but at the end they didnt progress whatsoever and were back exactly where they started.

Unlike most people I seen to still find the animation quite bearable. My only issue is how they try to cram pantsu shots literally everywhere ass much ass possible if you catch my drift. 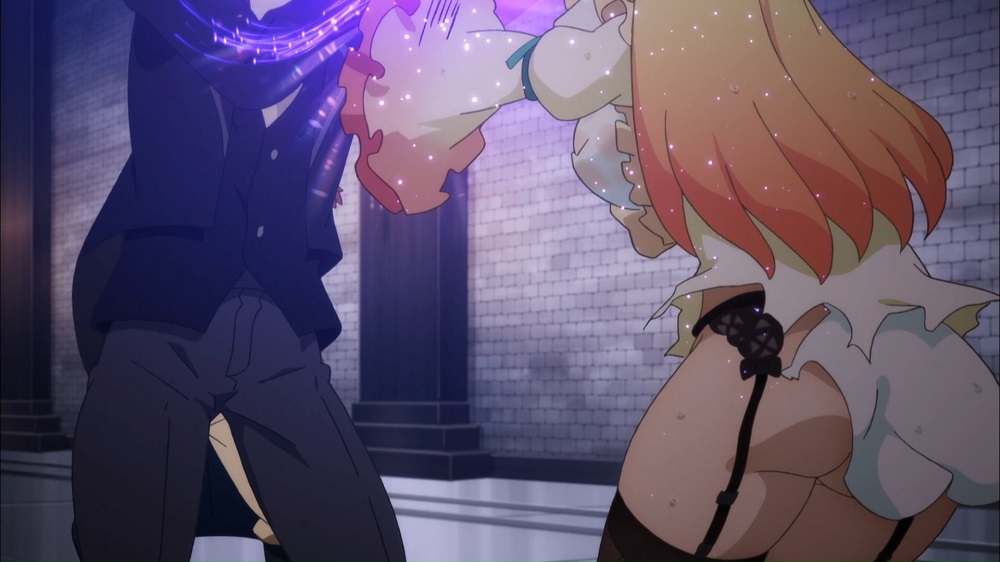 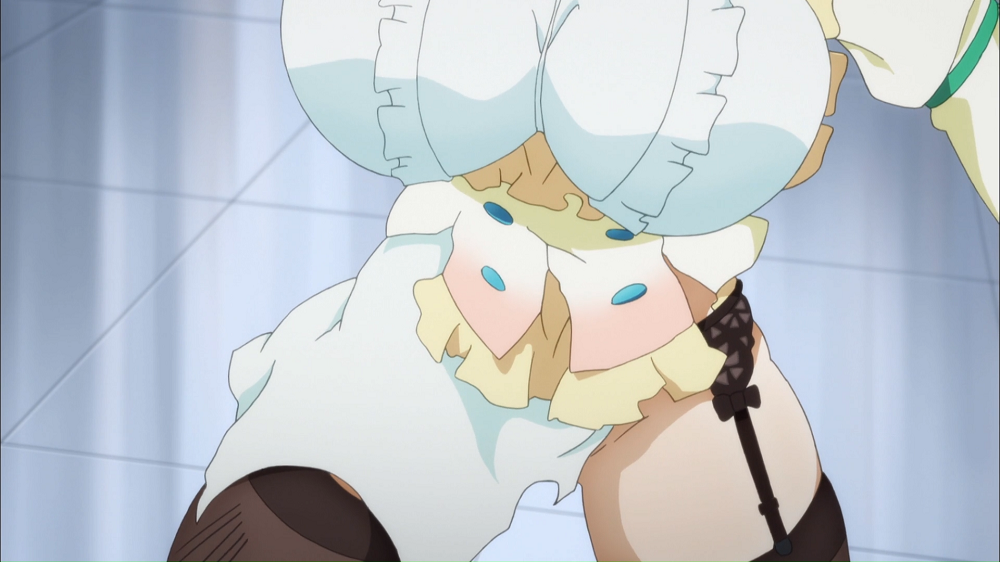 The intro and ending arent bad, but everything during the series is absolutely horrible. One thing that triggered me most of the entire anime was the completely.retarded circus music that started playing everytime something "funny" was happening, which was basically someone screaming "neeehh Kazumaaaa Kazumaaaa" with some retarded ass music in the background. I'm not sure if they were trying to be a shitty slapstick, but they sure went there. This was worse than the laughing track on the Big Bang Theory everytime Sheldon says Bazinga. 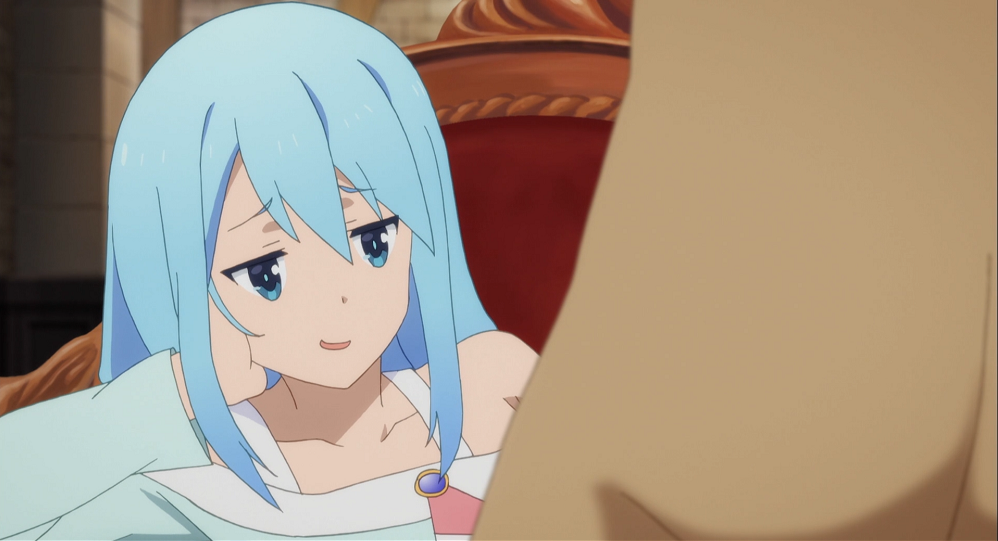 Barely anything new since s1 except they decided to go full stereotype on every single one. There was barely any normal interaction, especially with darkness who had to say that she wanted to be abused by *insert whatever they encounter here*, followed by Kazuma saying she's a degenerate. The solution to every fight was to just blow everything the fuck up with the Megumin special, including Kazuma who died like fucking 10 times.

Of the strangest things is how they treat it like a "game* while they took out pretty much every MMO element. They use abilities like skills, have "quests", but all they do is hang in their hometown, magically get useful abilities without ever showing them leveling or upgrading anymore, and Kazuma only respawn because some goddess lets him. The entire "game" theme was already completely lost to me until they reminded me of it with the ending. 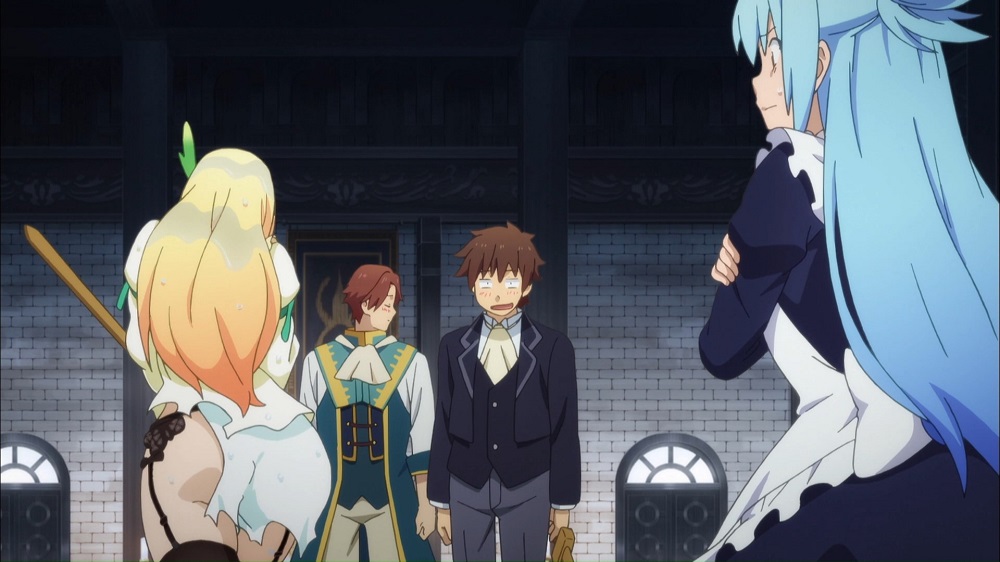 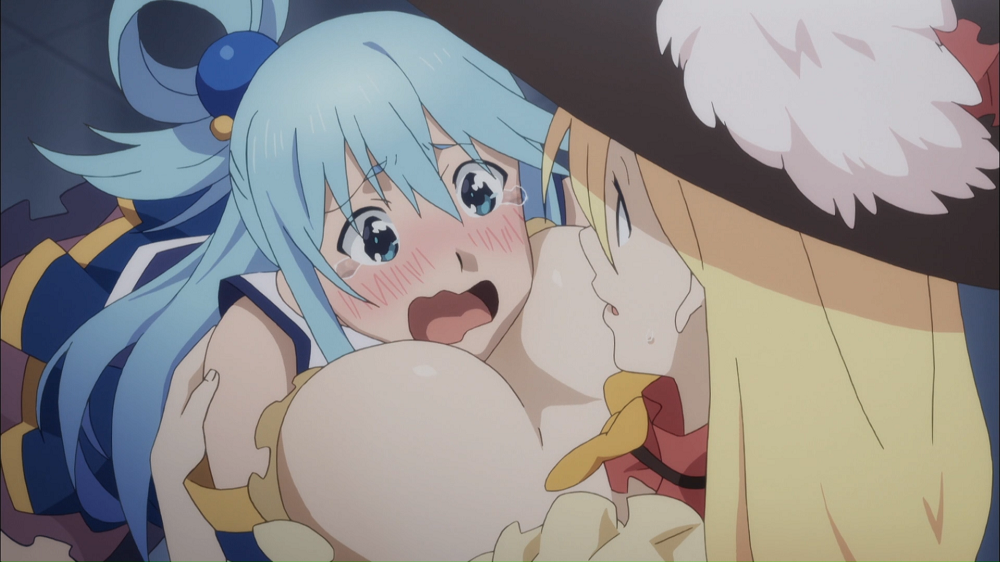 The entire plot is thrown out of the window to make super.fumny jokes about how much of a degenerate Darkness is HAHAHA and to make girls fall over in ecchi poses. The whole serious-comedy aspect is completely gone, it's just a really bad comedy with the most forced humor possible out there, going as far to put in actual circus music which ruins the mood everytime, just to make it clear the viewer should laugh.

The biggest joke from Konosuba season 2 is it's pathetic production value. Rarely does an Anime go.downhill this hard, but it's very clear that season 2 is just a quick cashgrab made out of fillers and poorly written fanservice.

It's so hard to rate this anime, as I fell in love with it from the first episode.

It's the same as having a relationship with someone empty, boring and repetitive. On the first glance everything looks perfect, but the deeper you dwell into the relationship you start to ask yourself why you fell in love in the first place.

The first 4 episodes were awesome, maybe even better than season one. I remember nearly laughing myself to death.

From there on everything went down hill.

Characters started to lose their depth they earned in the previous episodes. Their relations seemed to normalize to a standard person-in-a-strange-world MMORPG harem style. This made the comedy weaken a lot too.

It feels like the show switched directors, for some god awful reason.

Lets face it, this anime is for its random comedy and characters, if you don't appreciate both, you won't appreciate this season. I personally loved Season 1 and Season 2 was not quite the same, but still entertaining for its comedy, specifically, in the characters' facial expressions which is something I find to be well done in here that most other anime don't utilize. This anime wasn't meant

While there isn't much of a story, it is kind of there in the background while the gang go about doing their typical questing. The ending seems a bit rushed, out of no where, the group is suddenly face to face with one of the demon kings in a very short battle. It comes off as a really odd choice, considering that there are only 10 episodes instead of the standard 12. The entire 10 episodes consist of small arcs that span across 2-3 episodes ultimately.

I am a fan of random humor and the characters, so I did enjoy this season as well, but not on the same level as the first season. The disappointment of 10 episodes after such a long wait doesn't help, combined with the content shown, it seems like the company did not try as much as it could have and make the entire 10 episodes feel a bit more cohesive. The music and spells weren't as great as expected. The characters mostly stay the same, with a few new ones making some small appearances. Most noteable would probably be the brief duration of Megumin's friend

Overall, don't be surprised if you are disappointed this season if you were only so-so on the first season, but if you do enjoy the characters and humor, this should be decently entertaining.

To be honest, I had barely gotten through season 1 without attempting to quit anime forever, but i pushed through and went to season 2: The Bigger Dissapointment. I feel like I have wasted my time and energy watching this filler nonsense with no real storyline and characters whom we all equally hate. What the fuck is this show and why does it have such an avid fanbase... This is literally one of the worst anime i've ever seen and I want my time back.

KonoSuba 2 is the best 2nd season to an anime since Tokyo Ghoul root A I Apologize When I worte this review I found Tokyo Gould root A to be great, I have now changeed my stance on the matter.

Kazuma and the group are back with even more ridiculous adventures. If you Loved the first season you will Love this one as well as it doesnt change the formula but sticks with it and expands on it every now and then