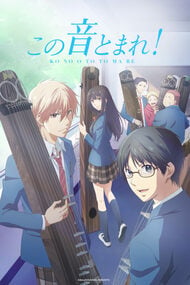 Short Version Very, very good anime! You don't have to like music to be able to enjoy this, it is a prominent part, but there is much more to it. Story Overall, the story is amazing. It's very well paced (majority of the time) and it never creates pointless drama. The downside is when they show multiple performances, which is necessary for those parts of the anime (first and second season). I love the music, but it can get boring when they're talking about the preformances for minutes straight. They're usually pretty good with this, though. Keep in mind, I don't like music anime. Animation This is probably the anime's lowest point. Most of the time,  it's a very good looking show and movement is well done. However, in unimportant scenes, it's very noticeable how lazy the animators got. It personally doesn't bother me too much, but they were simple mistakes that could have been fixed. Sound All the music is well done, and fits the scenes. I particularly like the music used for the previews. The performances are very well done. Characters The strongest point of the anime. This anime has the strongest character development that I've ever seen. Slowly, characters begin to change, you don't notice really, and then BAM, a scene comes where they do something you never would have expected them to do when they first came on the show. It's not surprising though, they've become a character who would do those things. There are big developments that change them too, of course. However, the subtle moments that make the characters grow is where the charm of Kono Oto Tomare! lies. Most of the new characters that come in, you will hate. By the time your done with the series, you'll love them, but it won't feel forced at all. Conclusion Again, I don't like music anime, but Kono Oto Tomare is my favorite anime. From it's subtle moments to it's action and tension packed performances, there is something for everyone to enjoy in this anime. There's also some romance, but it's slow developing, and not super prominent, it becomes a lot more prominent in season 2. I'm also reading the manga, and right now, some very big development is going on in that department. Just try the show, even if it doesn't seem like your thing.

(spoiler free review) this was such a lovable show. I binged all the episodes in 2 days, & I only ever do that if i rly luv a show. Lovable af characters (who r also eye candy), good ol slice of life, music, comedy & drama makes for such a feel good watch. And idk if its just me, but i totally got a shojo vibe (which i adore) frm this instead of shonen. To conclude, I would totally recommend this anime for people who wanna hv a good time.

Beautiful!! I love the little cute romance between Chika and Satowa hope that in the next season more will happen! I love the music from the Kono it sounds beautiful, Chika is probably my favorite character because I respect him, after all that has happened to him he didn't go to the bad side and instead stands up for his friends and does something he enjoys and I know his grandad will be proud too. Overall: I love it 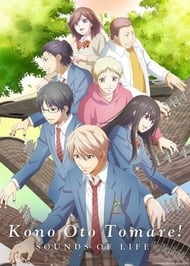 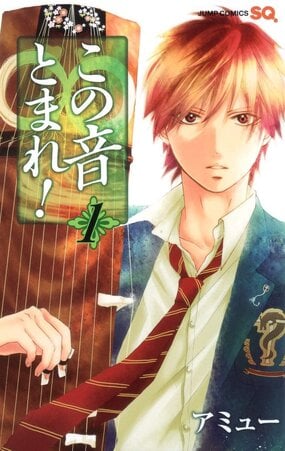