Alt title: NAKAIMO: My Little Sister Is Among Them! 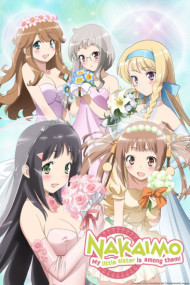 I liked this show. Though this show does have alot of plotholes, and leaves room for great plot additions such as corporate politics and family history and background, this show played out for me like an easy read, or in the oxymoronic way of a mysterious iyashikei.  Show is definitely close to a Bordeline H, as there's nudity in I think most, if not all episodes. However it's not always meant to be in a sexual manner. The humor is crude but, if thats your cup of tea the show ain't half bad. Incidental music in this show was really nice, and fit the various moods and settings well. If this show had more episodes, or longer episodes similar to Korean Drama, alot more depth could've been added to the story, making this hold the potential of a solid mystery harem anime.  All-in-all, it's a romance anime. Male MC is trying to figure out which one out of the girls he meets in his high school life is his sister, so he can find a clean relationship without ruining his own reputation, or more importantly the reputation of the company he's an heir too.  This is a really brief review, simply cause (I'm lazy and don't want to detail the entire show) I figure if you wanna watch it, leave it up to your interpretation.  If you're looking for a show with a deep plot paired with romance, don't watch this. But if you can handle a easy watch with alot of plotholes that are used to draw up coincidences or hastily connect characters, give this a watch. I find it sort of similar to The Quintessential Quintuplets in its harem sense, but otherwise it's a pretty decent show.  I think it's a pretty wholesome show, despite that aspect of the show only appeared for me at the end of episode 13, so in that sense its slow burning.

Does this anime have a lot of plot holes?- yes Do the characters act weird/stupid or fall in love with the main character for no reason: Sure, isn't this what the entire anime is about? Are there any cringey scenes?: absofuckinlutely Are there any plot twists: The show itself is a plot twist Did I enjoy this?: Idk why or how, but I actually really liked this Plot Respecting his father's wishes, Shogo Mikadono was transferred from his mother to the Miryuuin Academy, frequented by many girls, with the aim of being the one who will become his wife. However it seems that his illegitimate younger sister, separated from him at birth, attends this academy and that she is trying to get close to him without letting him know her real identity. So Shogo tries to figure out who this mysterious little sister is, but at the same time she becomes popular with other girls as well, especially among five girls with whom she will bond in particular: Konoe Tsuruma, Miyabi Kannagi, Rinka Kunitachi, Mana Tendō and Mei Sagara. Does this story make any sense?- no, clearly not, but it still is interesting. So, if you're able to ignore all the plot holes and illogical reasoning behind the show, you'll most probably really like this. There are some extremely funny scenes. The anime's comedy was most probably the only thing which made me keep watching it. There are also a lot of cringey scenes in the series, so if you can't deal with crigey stuff you better look for something else Animation/ sound Both were fine. I liked the colors and the animation style, also the opening was ok. Not much to say about it. characters Not gonna lie, most characters were quite dumb. Most girls didn't know how to deal with boys, so they constantly tried to make the Shogo feel horny. The main character isn't that much better either. He's kind, but not that clever either, still better than the rest of his harem.  Overall Enjoyable show for ecchi/ comedy lovers. It's defineltly not a must watch, but if you're bored and just looking for a simple comedy show then you should check it out! 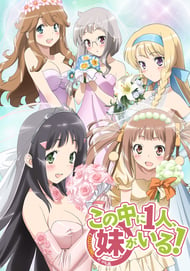 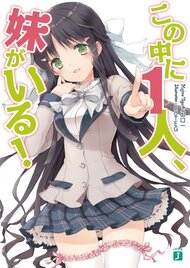 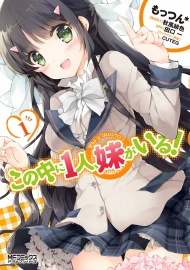