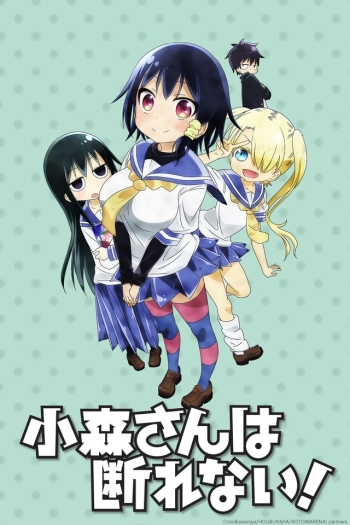 The only way I can justify watching that is that I got to hear the extended theme song. Which was nice.

I thought they namedropped "The Landlord of Puberty".

Her short hair, busty stature is still quite nice and is kinda the cliffsnotes of a 2 minute show that runs for 12-13 episodes. But still an ad for products, probably of the show and its cooresponding manga pre-adaptation.

I don't know what else you want. All I wanted was "The Landlord of Puberty", which is actually kinda wrong now that I think about it.

Really wrong but lets assume that the landlord is some prepubescent twerp/shouta who somehow inherits his grandmother's small apartment complex and a bunch of hotties older than him move in and sexy hijinks ensue. I'd watch that.