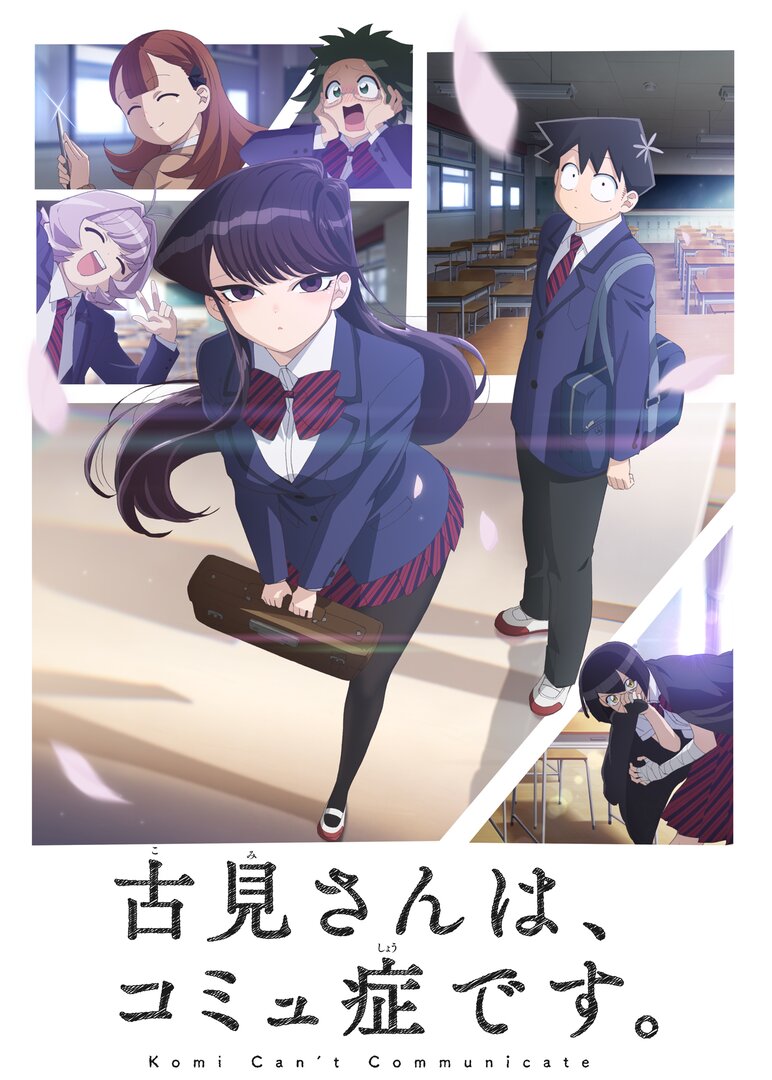 Watching this from the perspective of someone with crippling social anxiety this show is... really weird to say the least. I understand a major point of is it to bring attention to social anxiety, but it feels vaguely infantilizing and almost fetishy at times with how her disability is treated. While it is wholesome and nice that she strives to improve herself, the fact that those around her talk down to her like she is a young child is often times incredibly frustrating to watch. It unintentionally perpetuates the stigma that mentally ill/disabled = childlike/unaware, which is frustrating because that is not her case in the slightest, nor would it be most people's cases with this disability. Additionally, the fact that she is worshipped for... no particular reason couldn't be further than accurate for most people w/ this issue. In my personal experience I am either ignored or entirely forgotten about by my classmates, which is disheartening on my end. I'm not saying this in a "woe is me" kind of way but more of a reality check for people who think Komi is cute/endearing. There probably is someone around you w/ similar issues to Komi that is disregarded as either socially awkward, weird or even creepy (depending on appearance, demeanor, etc. etc.).

This loops back into the strange sense of fetishization that comes w/ this show and her disability. Komi is treated both like a goddess and a child, but also seen as incredibly attractive physically and (seemingly) because she is quiet. This may be me overanalyzing or looking too deep into it, but that once again is incredibly unrealistic. The fact that she receives praise, acceptance and special treatment solely for being attractive is strange and, once again, very weird given how she is treated for not talking.

Overall, this show had a lot of potential, both in the manga and adaptation. I'm not even going to touch on how weird the animation looks at times because I feel like that's been mentioned enough in other reviews. Incredibly disappointed and I really wish this was a more realistic representation of social anxiety disorder.

It's not great, not horrible. I really liked the first episode, I thought it was really sweet. But then as the anime continued I began to dislike it a bit. The reason Komi has about half of her freinds is because of her looks, it's not because of her personality or anything about her character. Everything is really devoted to her looks. I think this anime had a lot of potential but at least for me, the entire looks thing ruined it for me. Although there are some really sweet parts. I wish Komi had more of a personality. Some of the characters even act obsessed with her, all because of her looks. Some of it is goofy but some of it is just straight up creepy. Especially how Komi is just a teenage girl. Now it isn't a horrible anime or anything. The animation is fantastic, and I am really fond of the opening. It's just not one of my favorites.

i think this series would be great if they didn't worship their classmate just cus she's quiet. quiet and pretty, i guess? but really, their reasons are outlandish, but the real problem i had was the severity. these people would throw themselves into a puddle and ask her to step on them. probably not even with the pretext of helping her step over the puddle.

Really, what is there to say about Komi Can't Communicate? This is probably up there as being one of the best anime adaptations this year with each episode really improving over the other.

The animation is simply beautiful and polished. The lighting and fluid movements are also top-notch. But I especially love the character designs of each character so much so, it would be relatively easy for each character to be identified with a silhouette.

But the main story is also really relatable: the social awkwardness and the desire to want to speak with other people but there are things that inhibit that such as shyness. But, really, you do want friends, and yet, how will you even hope to relay that?

The characters are what really give the show life. Tadano is described as "hopelessly average," which is true. When you have a whole school of students with different quirks and personalities, Tadano feels rather "vanilla." And yet, I feel that it works out just fine. Really, because of how much the students at the school treat Komi as a goddess or put her on a high pedestal, their flaws come from being unable to interpret Komi's true feelings in part because of their outrageous quirks. They are in love with the idea that Komi represents, and yet ironically, they are so woefully ignorant of what she is really like.

So despite that, Tadano is able to look past Komi's beauty to see someone that truly wanted friendship and he voluntarily assists her in her goal to get 100 friends. He does this again not because he is trying to score with her, but it is because he understands her. He also congratulates her whenever she would try to step out of her comfort zone.

For what little words she actually does speak, Komi is adorable with the show doing a great job at adapting her "bug eyes." The main humor comes from the classmates misunderstanding her behavior or actions by filling in the blanks when she actually had something else completely different in mind. Her goal of wanting 100 friends is just cute even though it seems relatively simplistic at first. But it shows how lonely and desperate she is with wanting to speak and only makes her relationship with Tadano all the more wholesome.

Then we have my personal favorite the based Osana Najimi. They are the most hilarious of the main cast of characters with their bombastic personality and trolling nature. Oftentimes, they do try to put Tadano and Komi into a situation to make them closer, but they are a good friend.

Supporting cast. As I said, they also have their own personalities and are about as entertaining as the main characters. There's Agari, a nerdy girl who gets nervous anytime she has to speak directly to others (and later decides to become Komi's pet due again to misunderstandings). There's one who believes herself to be in a rivalry with Komi, but Komi does not even know she exists. And, of course, we have a chuunibyou who is convinced that she knew Komi from a past life.

While I love a majority of the characters, the one I absolutely loathe is Yamai Ren. She is your typical yandere girl who is greatly obsessed with Komi, but it tends to go too far and is not funny at all. Really, that one scene where she discovered one of Komi's strands of hair is scarring. Worse, she even goes to drastic measures to be closer to Komi that I really wanted the outcome to be that Komi would befriend the entire class with her being tossed to the curb like the hot trash she is. At least from what I have heard the manga has her appear less.

The voice work and sound need no complex reason as to why they are good. Just really, the show is nearly perfect in its themes; relatability; animation, etc. Definitely a must-watch.

Komi can't communicate is good. Its two leads are sweet and wholesome. The main gimmick affects the story in a meaningful way. But, the side characters, Oh la la. Most of them I can't even call them that, they're just archetypes and the majority have criminally low screen time. They're also really fucking annoying. Plus the romance, where is it? It progresses so agonizingly slow. They don't even go out on a date in this season. What a waste.