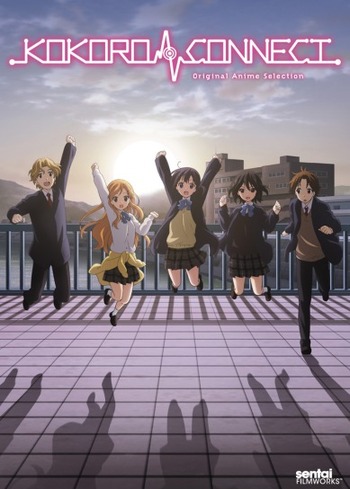 Very few adolescent boys and girls have an onset of special abilities. Yuu Otosaka is one such man who uses his ability unbeknownst to others in order to lead a satisfying school life. Then one day, a girl named Nao Tomori suddenly appears before him. Their encounter reveals the destiny for wielders of special abilities.

These shows are both about a seemingly ordinary group of high school students who are given special, yet incomplete, powers that change the way they view themselves, each other, and the world.  They both start off light and happy and seem like they are going to be standard high school romances, until you learn very quickly that they are anything but.  Both shows are incredibly emotional, forcing the characters to deal with complicated and tragic events that bring out the best and the worst in them, and both shows made me laugh and cry.  Another bonus is that they both actually come to a statisfactory ending and don't leave you hanging, wondering when the manga is going to finish.  If you are looking for something more mature, intense, and emotional than a standard high school based anime, these shows are for you

Both have feels, although charlotte actually has a fullfilling ending, they both have a lot of feels

In both of these shows, a supernational phenomenon forces a group of friends to confront who they are, who they want to be, and what they mean to each other.  Both shows are quite serious in nature (though they both definetly have humourous moments) and are drastically different from standard school life animes.  These shows are very similar in nature and in feel, and if you liked one you will like the other.