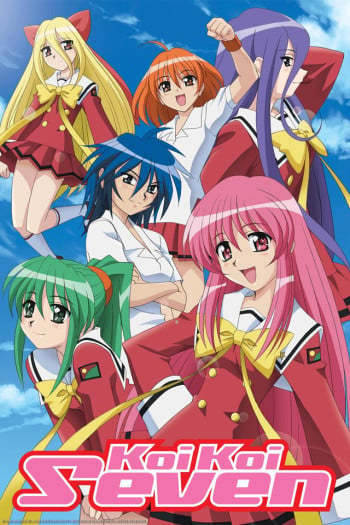 It's no wonder that Koi Koi 7 was never licensed - this one stinks to high heaven. In fact, it's so bad that not even the fansub groups would tackle the last three episodes. Basically we have two sets of harems fighting over one guy. The whole plot was completely unbelievable. (Example: How many women do you know that will share a room and get naked in front of a guy they just met?) The villians give you a lot to hate about them, but so do the heroes as well.

Worst of all, the theme song "Super Love" will get stuck in your head like an arrow and with about as much pain. Search for the opening if you dare...

Well, the only redeeming feature of this anime is that it makes for good riffing material. 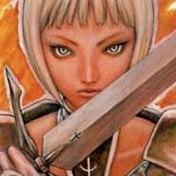 The story wasn't coherent at all, as far as I could tell and it seemed to try and be funny and sad.. and so much! It tried too hard and didn't look that good, either. I have no idea what this was, other then bad.

This anime is dire. The blurb description given on the streaming site I saw this on defined it as "a comedy highschool anime" about a boy who is sent to a all girl school by mistake. It sounded interesting so I checked it out. I want my invested time back

There is no reason given as to why the M/C is sent to the girl school. "The Koi Koi Seven" consist of six girls who are apparently cyborgs (although this is never explained, the M/C is apparently told off-screen between episodes) with inane abilities that are either overpowered, or weak as piss as suits the situation/episode.

The M/C (who convienently has no memory of his childhood, since eveyone seems to know him) seems to exist purely to be adored/tormented/abused by everyone else in the world. Ohg, and apparently he's "in a relationship" with the pink cyborg, although this isn't explained either, it's just mentioned whenever the M/C get's close to any other girl - usually the other cyborgs.

The cyborg's main enemy is a group of elite (although otherwise perfectly normal) girls who use the money of their leader's family business to fight them with (mostly) giant robots and other weaponry. Each episode is a <insert random event> front for this inevitable battle.

Naturally, the cyborgs always prevail, often to a cheap trick in which one of their member's abilities is overpowered in that particular episode, while being relatively useless in the rest.

Other than the first episode (which does have some modicum of effort to it) the series feels like the writer went glue-sniffing, and the other staff just gave up on it. Its just really, really bad. Don't watch it unless you like banging your head against a brick wall, since the two achieve the same result.

One more thing: CONTINUITY. While most children's cartoons, and a number of anime do suffer from a lack of it between episides from time to time, this series had issues with in in the SAME EPISODE:

Episode 5: Effectively murders everyone in the school aside from the main characters and their enemies when blue cyborg destroys an orbital space station. The M/C and the cyborg girls get back to Earth in the lift. The rival elites come down in a giant robot.

But everyone else in the school, the annoying lesbian side-characters and dozens of random "babes" were still in the there. Yet there is no mention of this. Elite leader laments the loss of her space station, but that is all.

My intial scores were:

-5 for the pointless, incomprehensive and sometimes conflicting story.
2 for the terrible, cheap animation
1 for the poor quality sound, with random and sometimes irelevent SFX
-5 for the static, charismaless cookie cutter characters
-7 overall

But the board won't allow negative figures.

garbage thats all i  can say and i can tbelvie that i made my self to wathc this garbage 2 times  just unbolivable 100 ;rocent garbage

The only way I can describe this anime is WTF. That’s all there is to it none of it makes any sense. And even when the show tries to explain things the explanations don’t make sense. At first I watched this cause the concept interested me when that failed miserably I just watched it for the ecchi, this was also abysmal at best this is a waste of animation and peoples time. I don’t recommend this to anyone ever.

Normally I would talk about story here but this show has no story to criticize it was not even good if you tried to consider it episodic.

Animation was dated at best very low budget in appearance.

Sound I took my cat too the vet and it made better quality sound than anything this show produced.

I would not watch this if it was the only anime left in existence I recommend you adopt the same attitude toward this show if you value anime at all.