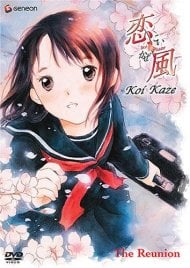 StorySexual taboos are a funny thing, aren’t they? To be honest, the incest seen in Please Twins and Angel Sanctuary never really fazed me. My brain was able to recognize these unhealthy relationships for what they were – a gimmick used to make the audience pay more attention. Although from a moralistic standpoint what the characters were doing was definitely pretty skanky, in the end I didn’t really worry all that much; it was all in good fun, after all. Only when Koi Kaze addressed the ever popular topic once again did I actually become unsettled. I groaned, I gnashed my teeth, I whined to my laptop screen… anything to lighten the intensely disturbing feelings that the anime was force-feeding into me. The night after I finished, I actually lost sleep over what I had seen. The other two animes had failed to unnerve me, but Koi Kaze succeeded frighteningly well. In addition to this, the plotline is flat-out superior to just about any romance anime that I have seen. While most romance plots feel contrived and predictable, Koi Kaze is anything but. Rather than relying on hackneyed plot elements to maintain the audience’s interest, the anime is wise enough to rely on everyday events, simple dialogue, and repressed emotion. When out of the ordinary occurrences do happen, they are all the more shocking because of it. Amazingly, throughout the entirety of this relatively quiet show, I was never bored and often transfixed to the screen… right up to the ending.AnimationThe animation as a whole is passable, but definitely not good. Backgrounds and character designs are nice, but movement tends to be very choppy. Also, when characters speak, the mouths often look very unnatural.SoundNot an OST that can be listened to by itself, but with the series I found that it did an excellent job of maintaining the mood of the show. Voice acting by the male lead is superb; the seiyuu’s deep voice conveys emotion incredibly well.CharactersThe key difference between this and lesser incest shows, I think, is the character development. In Angel Sanctuary, the individuals involved didn’t really feel like real people, but puppets being used to take the storyline to whatever pretentious direction the writers wanted to go in next. With Please Twins, the immense fanservice and the idiotic dialogue (we might be related, but we might not!) dehumanized the girls enough to make the overtones palatable.There is no such lucky break in Koi Kaze. Not only are the characters absolutely loveable, but they also feel incredibly real. In particular, the main character, Koshiro, is truly a work of art. Bitter, tired, loveless, and lonely, Koshiro is excellently developed from the very beginning. Never for a moment are his actions doubtable, even when they begin to become obviously wrong. The sister, Nanoka, is equally believable, with her blind, puppy-dog love and heartbreaking naiveté.OverallWhen all is said and done, is Koi Kaze a great anime, or is it a despicable one? This depends largely on what you’re looking for in anime. For those who want easy laughs, a clever plotline, or a sappy, feel good romance, I strongly urge that you stay far away from this series. However, as far as sheer emotional punch or lasting impression goes, Koi Kaze is one of the best series out there.

This is one of the first tv shows, anime or otherwise, that has actually made me cry during every single episode. I started watching expecting it to be like a lot of other anime in the same genre is, and I was absolutely shocked by what I saw, in a good way. Rather than just tugging on your heart strings, this one rips them out mercilessly. Overall, I think that this anime is a great one that It'd be a real shame to skip over. My only complaint is that we didn't get to see how things ended up, say, 5 or 10 years later. Not a major issue for me, but I still wish I could know. 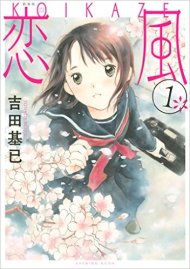