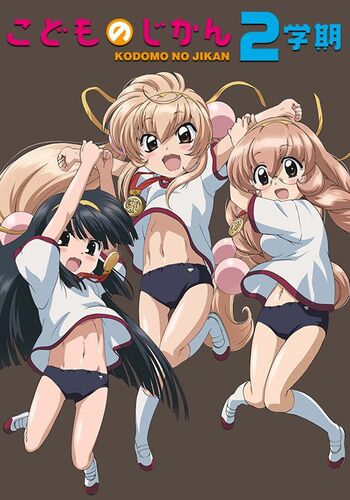 Kodomo no Jikan has run it's course, and should have died. The gimmick has gotten old, they don't get points for audaciousness anymore, and quite frankly, this is filler for filler's sake. The main character (which the show barely attempts to hide her as being second to the teacher anymore) gets some character development, but then beats it into the ground. But it removes the aspect of her as a naive child in favor of showing her trying too hard to be an adult.

This makes this a lot sadder than it should be. Of course, this is just forced drama, and a cheap attempt to show that her love for her teacher is both pure and real. Yeah, failure. Utter failure. The best moments are when it tries to go for being funny and light hearted, but that horse has been beaten to death. The show loses what little subversiveness it had for that.

I have no idea what I'm doing watching this. The attempts at drama devolved into sheer stupid. They've run out of ideas for anything organic. But hey, they managed having a fourth grader suck on her friend's tits, so there's that. Oh, spoilers.

This sucks. It isn't quite the worst, but it isn't far from it.