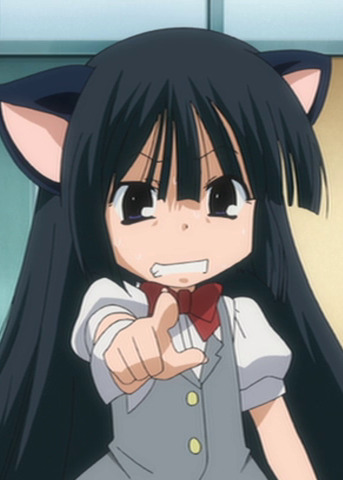 If you're looking for anime similar to Kodomo no Jikan: Kuro-chan to Shiro-chan, you might like these titles.

When Haruma Kawagoe was a boy his mother had a miscarriage; and to make up for it, Haruma asked Santa for a little sister at Christmas. Now, years later, Haruma is a college student living away from home. His slumber is disturbed one night by the faint sound of… Santa on a flying motorcycle?! She has come to deliver a present that has taken many years to make: a little sister of his own, a little girl he names Choco. The two of them begin to live together but Choco has a lot to learn, and all of her life skills must come from what her brother tells her and her instruction manual. Choco's life is her brother, but as time goes by she gradually learns to become her own person.

Sixteen-year-old Takeshi Chimatsuri is the son of a famous samurai and on his way to becoming one himself, but an old family feud soon makes his life much more difficult. For his father, long ago, stole a family heirloom from a powerful ninja that he defeated – and now, his two granddaughters have arrived to take it back. From invisibility potions to their naked bodies, the two girls will stop at nothing to get back what was taken from their family!

The story will revolve around Makoto and Yura's first Christmas together after they have gotten married and had sex for the first time.