Alt title: Kodomo no Jikan: What You Gave Me 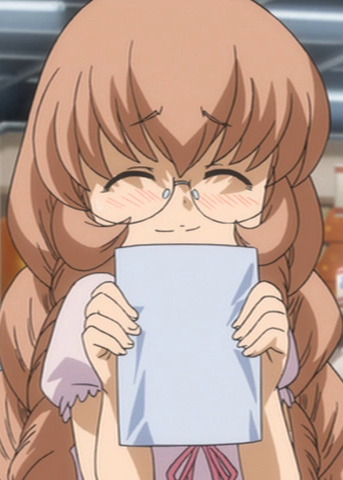 OK, so you've seen Kodomo no Jikan and you came back for more. You probably aren't going to dislike it as much as I did. It's a missing part of the first season, and plugs in some of the plot holes there (which anyone could sufficiently gloss over, and as such were skipped). I was able to somewhat tune out the lolicon implications, so I'll just crush this a little less.

The animation is somewhat improved over the series, and the audio is still pretty good. When outside of the fan service, it's actually pretty good. The still frames do a better job conveying the emotions in the show. That being said, the loli fan service had me extremely uncomfortable.

As for the story, it's incomplete without the series. Without it, all that's here is an excuse for little girls to flaunt themselves. Remove at least half of the show, and you've got a lot going for it. Still, you need to pander to the guys who just think that naked little girls are either cute or sexually arousing. Eww.

It's not quite as bad as the show, or perhaps I've been a bit desensitized to the sexualization of elementary school girls. I'm not sure if that's a good thing.