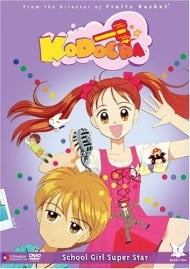 11 year-old Sana Kurata is a positive, upbeat child actress with a rather odd life. She was adopted as a baby by an eccentric novelist who wears a live squirrel in her hair, her acting career is managed by a (former) homeless man who Sana unabashedly claims is her "gigalo", and at school her teacher has completely lost control of her classroom due to a group of blackmailing bullies led by "demon child" Akito Hayama. With her whole class in danger of failing, Sana decides she's had enough of Akito's nonsense at school and challenges him. The whole school is ready for a showdown as these strong personalities collide, but as the two very different kids learn more about each other, something unexpected happens. Is it possible for sworn enemies to become fast friends?

StoryAs the Chii/Kira club goes from strength to strength, the latest title chosen to amuse ourselves and our followers was the little known title, Kodomo no Omocha. With many people initially mistaking this for Kodomo no Jikan, the anti-lolicon brigade soon dissolved as the group warmed to the idea of a spastic comedy drama. Well, that is until I pointed out that at a rate of two episodes per day, the show would take two months to complete... Omocha is centred on the headstrong Sana, a young girl who not only leads the females in a classroom war of the sexes against her rival, the boisterous Hayama, but also spends her time as a television star. Following her daily exploits, the show explores simple childhood issues, from first kisses to first bras, but also delves deeply into some touchy subject matter. From the death of a loved one to Sana’s reaction when meeting her real mother, everything is bizarrely underlined by ongoing slapstick humour, which sometimes works but more often than not becomes an annoying background buzz. What ultimately makes the series enjoyable is the drama, relationships and tension between the main characters. Tackling these delicate issues through the simplistic eyes of a child, the friendship between Sana and her rival Hayama consistently shines the brightest as they support each other through hard times. Frequently upset, the delicate love/hate balance is troubled by the introduction of new romantic interests and uncovered feelings. It is extremely easy to forget that the main characters are only twelve years old, but it is occasionally reinforced by Sana’s childish naivety or her questionable relationship with a man thirty years her senior. As wrong and pedo-like as this sounds, it is handled extremely tastefully and would probably melt the most frost-covered of hearts. Unfortunately, Komocha suffers from “long running” syndrome, inevitably shining with arcs of drama-filled excitement, then crashing back to earth with dull comedy and Hayama-less sections. Although the length allows for some amazing development of Sana et-al, I can’t help but feel the show would have been better suited to a 26 episode affair, rather than the epic 102 marathon. A little perseverance through the stodge, and the viewer is treated to a family friendly romp that will appeal to a wide range of ages.AnimationKomocha, as an older series, does not treat the viewer to stunning visuals and gorgeous landscapes. Unfortunately, this will be the turn-off for many of those “anime connoisseurs” who only watch animation from this century: there is no HD and the characters are quite frankly fugly, especially in the latter half of the series. Simplistic lines and muted colouring techniques go hand in hand with saucer-sized eyes that dominate 50% of someone’s face. It’s not terrible by any means, and Sana’s wardrobe changes are frankly adorable. However, the lack of fluidity and repeated use of ascii-style facial reactions prevent me from awarding a higher score.SoundEvery single one of the Omocha opening tracks initially saw me pulling a face in disgust as the overly sweet tones permeated my brain. However, a view of the entire cast dancing in formation Broadway-stylee made something originally so wrong suddenly seem oh so right. The seiyuu for Sana is absolutely perfect, expressing both her hyperactivity and vulnerability without being excessively annoying. Her singing and rapping is absolutely hilarious, and totally out of place most of the time, adding to the overall crazy feel of the show. Sadly, the remaining vocal cast can suffer from a 2-dimensional disease that blends them into the background, whilst Hayama’s voice sounds like he is suffering from permanent swine flu. Though, any of this substandard audio seems excellent compared with the infinitely pointless Babbit musical interludes...CharactersEasily the strongest part of the show, the characters and their delicate interactions are frankly touching, especially that between Hayama and Sana. The youthful nativity of the lovestruck pair made me reminisce back to my own romantically inept school days. Their inability to communicate heartfelt feelings is both frustrating and adorable, even more so when new love interests are introduced and the two prised apart. The supporting cast don’t play a particularly large part in Kodomo no Omocha, but there are a significant number of memorable personalities, such as Sana’s pimp Rei (yes, pimp), or the insecure Tsuyoshi who plays the trumpet whenever he feels down. And how can you discuss Komocha’s characters without mentioning Sana’s car driving, fruit-loop mother? Completely unbalanced, irresponsible and more than likely clinically insane, she is probably not the best role-model for her daughter. Then again, what else would you expect from someone who has a squirrel living on her head?OverallThe quality of Komocha is up and down as much as the emotions of a menopausal woman, and this heavily affects the overall score. With moments of unrequited love, the drama and relationships felt like they could do no wrong. On the flip side, the dreadful arcs break the fast-paced momentum and the show becomes dreadfully boring. A moment of pure brilliance suffers at the hands of one made from overemotional cack, as back to back episodes flip flop between brash comedy and heartfelt emotion. Putting its flaws aside, the series has stood the test of time very well and will appeal to a wide range of fans. Although child-like comedy has subsequently blossomed in shows like Minami-ke and Ichigo Mashimaro, Kodomo no Omocha deserves a salute for being the first and ultimately the driving inspiration for its successors. Final word from Chii – “Oh god, not the ****ing Sana-rap again...”

Do not judge it by the first few episodes, I know it seems SUPER annoying at first but it gets better I promise! -The sypnosis says they are in 5th grade, but they are in 6th (age matters to me haha that's like, middle school vs elementary school which to me changes everthing). -I will say this anime is long, but I was sad to be done with it to the point of shedding some tears. -I think this show SUPER funny and random, there are some serious parts as well to keep it spicyyy. -I'm really attached to the characters, Sana seems annoying at first but she has a good heart IF YOU BEGIN TO WATCH IT ENGLISH DUBBED BEWARE the second season doesn't come dubbed! (there is sub. Just warning you bc I hate when I get used to voices and then they just flip on me out of nowhere and I have to start reading again). Overall, I really liked this anime. Give it a chance!!! Hope this helps! :)

A long long time ago when I first started watching anime, I came across this and dropped it after the first two episodes because it was so hirribly, HORRIBLY annoying.And yet, the rating for this anime is relatively high...So, after many years I have decided to give it a nother try.Although it's very hard to find a proper download (bad quality and subs are very bad), I'm watching now and am up to episode 8 and surprised to say, there's a lot more to it than you'd expect at first glance. Yes, Sana-chan is still extremely annoying, but she has her heart in the right place.So, for now I'll continue watching and see where it takes me. 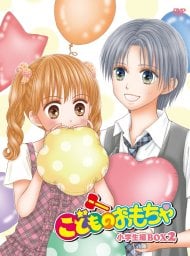 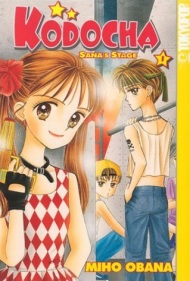 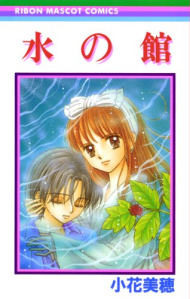 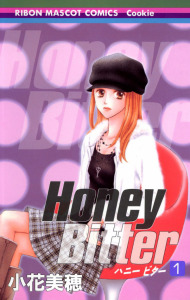 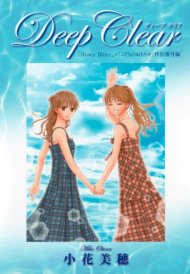