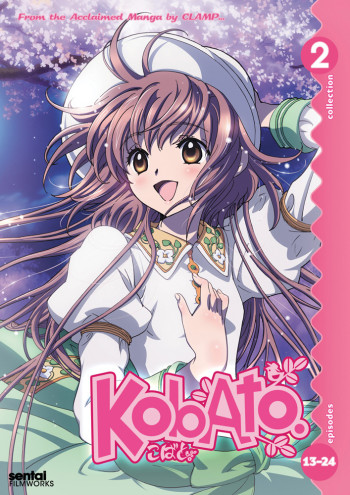 It took me three weeks in watching the twenty-four episodes of Kobato.  The slow, meticulous discovery of who Kobato was, her trials to gain the confetti of mended hearts and gain that one precious wish … take it for what it was: drama at its best.  It was a pleasant diversion to watch the DVD special Kobato.: Hajimete no Kobato.  It took less than 20 minutes, two shifts of four episodes over two days.  As simplistic as the animation was, and as short as it lasted, it takes on one aspect of the Kobato series which was an understated element of the whole series. The comedic banter between Kobato Hanato and her life coach Ioryogi. The episodes depict eight conversations between Kobato and Ioryogi.  It covers as many topics but most center on the feature of personality, using the gentle Kobato and ferocious Ioryogi as the absolute contrasts.  Of the eight, such antics as this went on: In one of the middle episodes, the personalities of the two are switched, Ioryogi in the sweet-voiced Kobato, Kobato in the rough-voiced Ioryogi.  It was farcical to hear Kobato’s voice gush out vulgarities and mild profanities while Ioryogi acted meek and dismissive.  It was in this series I learned that the voice-actor who voiced Ioryogi, Tetsu Inada, also voiced Kurogane from Tsubasa Reservoir Chronicles.  Hence, the fabulous twentieth episode of Kobato.  It took me some time to catch on to this since I took in the Tsubasa series in dubbed form and was used to the profoundly melodious tone of Christopher R. Sabat. Kobato doesn’t understand how a stuffed animal like Ioryogi could eat tons, snore loudly, and belch fire.  She suggests pulling the plushie inside out.  As the scene fades to white (or to black [symbolic summation of action]), we hear Ioryogi’s muffled objections. Kobato has a problem at Yomogi Preschool.  One girl wishes to have two boyfriends.     Kobato wonders what to tell her.  Ioryogi proves to be a legitimate ‘doctor of love.’ In the seventh episode, Ioryogi has amnesia.  He can’t reason how he, a dog plushie, can eat tons, snore loudly, and belch fire.  Kobato just suggests Ioryogi is a nice person. In the last episode, Kobato has amnesia.  By the end of this two-minute adventure, Ioryogi suggests Kobato is anything from a female spy, an elderly grocer-woman, and a sweet-natured idiot girl. The downside of this project was the animation.  The characters were drawn according to simpler patterns.  The blank-eyed Kobato was a disappointment.  Her wardrobe was limited to one dress and a flimsy hat.  The characters’ movements were static; they swept into new positions.  The fire-breathing Ioryogi was not as spectacular in the DVD special.  Truly, this tribute piece was not well-budgeted.  MADHOUSE could have done better. And with this, I have realized that in less than a week, I had watched every episode in every series of two of CLAMP’s undoubtedly sweetest and gentle characters, Sakura Kinomoto and Kobato Hanato.  Their gentle touch will be missed. But anime is long, and the time is short.  The adventure continues. <h1>b</h1> 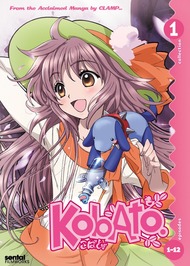 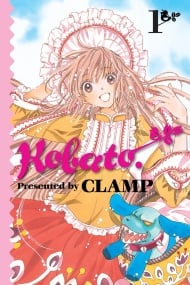