When I saw that it was a 3D attempt I wanted to drop the series.  I continued watching because of the environment and plot staging.  It was interesting.  I thought it might be a lame attempt at 3D, not even coming close to the Final Fantasy 3D movies.  Surpisingly it was not bad.  Some of the things early on that caught my attention was some of the grotesque visuals.  There was also an interesting story behind it.  The history of the world that was presented was extremely interesting.  One problem was that the anime was too short to cover enough of the past to satisfy me.  There was so much more to cover and not enough time to do it.  Then I was worried that this was going to be an anime where all of the action presented was denounced because the point of the anime was pacifism or "communication" with the aliens.  Luckily the story did not betray itself. This anime ended up have a very solid amount of action, good character building and a uniqe animation style which made for a nice overall effect.  Now granted, there were many flaws in the anime and that is why I give it an 8.  Being only 12 episodes is part of it.  It was not a bad anime though and Im glad I got around to watching it. Story: 9, for such a short time the story was not bad at all.  This anime was too short to give it more then a 9 though. Animation: 8, the 3D was strange at first but kinda cool later on.  It gave a great feeling of disgust when they showed the aliens and the whips they used to attack with. Sound:  7, didnt really feel it was special, but it was ok Characters:  7,  maybe this is a 7 because (again) the anime was too short.  Too many characters seemed to much alike. Overall:  8.5, it was an ok anime.  Wasnt the best Ive seen but was way better then my first impression of it. 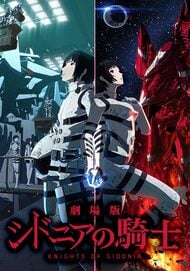 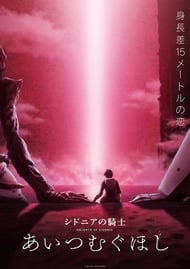 Knights of Sidonia: Love Woven in the Stars 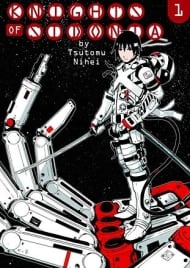 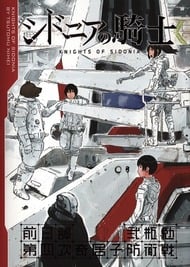