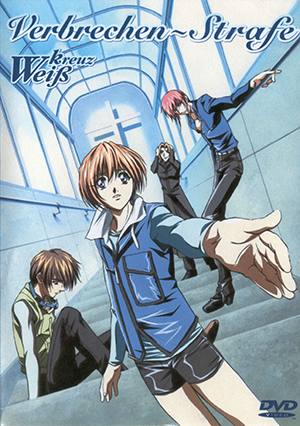 In an organization of professional killers called Thanatos, there exists an elite assassin. Fighting for the ranking of No. 1, the curtain rises on a battle fought with blood over blood!

With his father killed for witnessing a crime scene, Jinsuke has to live in secrecy with his mother. But they can't stay safe for long. Their pursuers catch up with them, and leave Jinsuke's mother for dead. Their mysterious neighbor Suzuki hears the gun shot, saves Jinsuke, and gets dragged into a murderous chain of events... On the run with the targeted boy, the solitary female assassin Suzuki discovers the warmth of human relationships for the first time.

Its the battle of the bugs! Follow Caterpillar as she faces a deadly enemy determined to take her down... And they'll use the very Order she's a part of to do it.

Cynthia comes from a family of assassins. She acts as a part-time student who's BALD (she only appears that way), and she continously receives orders from the organization to assassinate people. The story opens with her and two friends going shopping for hair growth solution, when a new mission comes up. Her master, who taught her everything she knew three years back, was hired as the target's bodyguard. The two must fight, but what will the outcome be? Read on!

Shizuka is a policewoman who loves her silencer more than anything. Back in Japan after an internship in the United States, she is ban from the police. Transferred to the sordid "Security Annex Office", she has to team with a corrupt and pervers coworker. During a trivial investigation, she witnesses an atrocious murder and decides to lead the investigation. She does not know it yet, but she's going ahead to a terrible threat!

After the death of a close friend, Tomoe, a former roller skater, joins a famous stunt men troupe, the Green Ship. The head of this troupe, Kazusa, becomes her lover, but Tomoe soon discovers that the Green Ship is a sinister crime organisation and that her dear Kazusa is a cold-hearted killer. A difficult struggle begins for Tomoe, not only against the organisation but to get away from Kazusa, who wants his lover back, dead or alive!