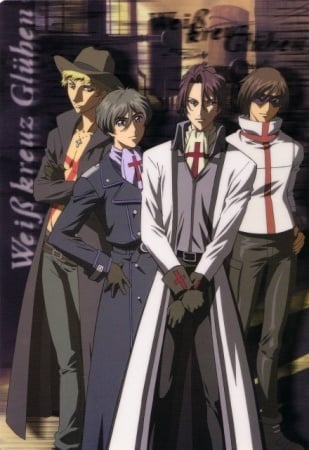 Entertaining but it's a bit of a mess.  The story is sporadic and all over the map.  This maybe a sequel or something but even then, stories usually are strong enough to stand on their own without having to use their prequels as a crutch.  They Essenes redshirt main characters, as some basically exit stage left a bit too soon or without satisfying depth, o as in one case, their story ends with a let down.  After, they build up hints of some epic tale, they end it in such a sad, disappointing, boring, unsatisfying way that doesn't anywhere near equal the hints dropped throughout the series.  Several of the longer lasting characters get even less introductions/ development then those essentially redshirted.  Near the end, a whole bunch of random unknown characters appear out of nowhere and I feel lost.  The art looks decent enough.  The voice acting isn't bad but the sound balance isn't great.  Things that should be loud so offset the volume of voice speech, I have to frequently readjust volume.  Some minor character deaths are gratuitous and meaningless.  And I don't feel justice is satisfied.  There are so many random opposing groups it's hard to tell who are supposed to be protagonists and antagonists.  Most of the deaths happen in such a matter of fact way, it's hard to feel any emotion, sympathy, empathy, or attachment.  The ending is so dull, uneventful, confusing, counterproductive, and as murky as the allegiances and roles of the many random characters and groups.

It's not bad to watch through once if bored enough, however, don't expect any deep understanding or attachment to a story as convoluted and disarrayed as this one.  I got through it, and I maybe more confused about what I watched than the first episode or even before I started.