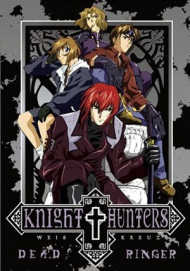 Well, I actually picked up this series awhile ago because I saw a preview of this anime on one of my anime discs and it looked interesting so I decided to buy it and check it out. Story: 8/10 The story is pretty much about these guys who get missions to kill people and get paid for it. Each of them has a past they really don't want to talk about and I think at one point they called themselves a group of screwups. However each of these tragic events connects to one of the villians who eventually  gets made into a prime minster. The showdown with this guy takes place in episode 15 and afterwards the gang splits for a bit and eventually gets back together to take down the group that is threatening their lives. To me i thought the story was decent. It was very episodic which I don't have a problem with episodic anime. However I really didn't care for the squealing girls who would come visit the guys during the day as they were running the flower shop and it seemed like the anime was more focused on Aya (Ran) then the other guys. Animation: 9/10 I thought the animation was great compared to some anime I have seen with really bad animation. I usually won't watch an anime if I see the animation looks sloppy. Remember this anime was made in the 90's so it has the 90's style to it which I don't mind at all since I do watch a lot of 90's anime. Characters: 9/10 since I really don't have much to say about the sound I decided to move along to the characters. Each Character had a backstory which showed what each guy's motivation was to join Weiss. Each of them I believe had someone close to them die which meant each one of them was out for revenge. I thought it was great knowing what each one of their stories was like to where it pretty much said, "I had something in my life I can't forgive, but I'm going to do something about it." even if it meant becoming "killers" of evil beings. Overall: 8/10 It was a great anime though somethings were a little bit iffy and there was more focus on Ran vs the other guys. The plot is very episodic so if you're not a fan of those I suggest it may not be something you enjoy. I would recommend it if you enjoy Action/Drama and like a dark setting.

This pseudo-German-sounding anime is practically a dried-up, poorly-made, gay version of Black Lagoon. Just like guys loved that show for having hot chicks with guns shooting at stuff and throwing in some piss-poor drama and social criticism, the Knight Hunters do the exact same thing for yaoi fangirls. It was adored a lot back in its prime for being a bishonen show that lasted far more than a few episodes and had a very high amount of emotional-moving and shock moments (amongst fujoshis only of course). Of course when I watched it like the completionist I am all I saw was a boring episodic show with crude visuals and lame plot twists. So basically we have a male counterpart of Charlie’s Angels, four super handsome men, having a secret identity as florists during the day, and super powerful assassins, vigilantes doing what moral justice can’t touch, during night. Each mission is stand-alone, consisting from one to four episodes, where they get a Charlie-like old man giving them an order to go wipe out some criminals who are way too cunning or ruthless for the law to touch them. They infiltrate the enemy territory, usually disguised as silly workers or victims, and after a line of events that are there to make us hate the bad guys, they go to the offence and pretty much kill everyone. In the style of lots of American shows I was watching back in the 90’s, such as Knight Rider, Mission Impossible, A-Team, or Miami Vice, the script is written on the run, and action scenes are made to be as cool as possible without trying too much to be plausible. Seriously, how can four men with swords and strangling cables take on fifty gunners and win all the time without a single casualty?The show does a fine job at inflicting the casual viewer (fangirl) with emotions, as the heroes are acting all innocent and hot during their day jobs, and having lots of girls going all crazy about them. Each one of them though has a very tragic past which haunts him and is basically what drives him to seek vengeance all the time. They can become easily sympathetic if you don’t notice how they are nothing more than moody cardboards. Plus the villains will be constantly killing and torturing their victims in very cruel ways, easily becoming despicable in your eyes and wishing for the hot bad boys with dark pasts to kick their asses. It all plays out on a very cartoony way, with everyone being just a bold but otherwise shallow stereotype just strolling through a simple story before the good guys win. It becomes slightly more interesting towards the end, when the big-shots of the criminal syndicate hire their own assassins to take out the heroes and finally having the liberty to keep being generic villains for the heck of it. To no surprise, these other assassins are also bishonens with tragic pasts and a pseudo-German name, dark counterparts of our heroes, as well as their toughest opponents. I guess in the show’s universe, the prettier you are, the stronger you are. Also, their Charlie ends up being far more than just a mission-giver. And guess what, he is actually the only one who gets some character development; the Knight Hunters on the other hand get none despite being the protagonists. In all its cheesiness, the show could have worked a lot better (that is, being liked by more people than fujoshis) if the production values were good. Screw the episodic story; very few people care about an on-going scenario (I am amongst them). For most it is the characters and the visuals that matter and this is where the show fails to deliver. The former are tired stereotypes that don’t develop and the later are piss-poor animations and crude drawings. I hardly remember (or care to remember) the music score, the action scenes were boring and had a predictable outcome, the heroes weren’t anything other than emos, and there was no story to look forward to some development (aside from the ending, which wasn’t about the heroes but their boss). Anyways, this is a completely obsolete and passable show. Modern fujoshis can get all the homos they like in Noitanima and some other later BS shows, which feel better only because they have slightly better visuals. But not characters or action because such types of women never care about that and thus nobody outside of them ever likes such anime in the least.And now for some excused scorings. ART SECTION: 3/10 General Artwork 0/2 (poor) Character Figures 1/2 (generic) Backgrounds 1/2 (basic) Animation 0/2 (crude) Visual Effects 1/2 (basic) SOUND SECTION: 6/10 Voice Acting 2/3 (corny but fitting with the feeling of the series) Music Themes 2/4 (average) Sound Effects 2/3 (ok I guess) STORY SECTION: 3/10 Premise 1/2 (typical) Pacing 0/2 (episodic) Complexity 1/2 (not much) Plausibility 0/2 (none) Conclusion 1/2 (cheesy) CHARACTER SECTION: 5/10 Presence 1/2 (generic) Personality 1/2 (generic) Backdrop 1/2 (generic and simplistic but it’s there) Development 1/2 (only for one but it’s there) Catharsis 1/2 (only for one but it’s there) VALUE SECTION: 1/10 Historical Value 0/3 (none) Rewatchability 0/3 (what for?) Memorability 1/4 (they all look the same) ENJOYMENT SECTION: 3/10 The German names were fun and the last episodes are somewhat interesting but that is all. VERDICT: 3.5/10 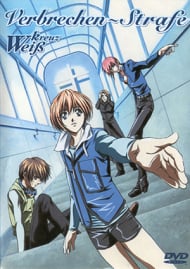 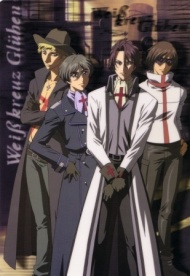 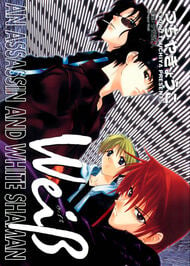 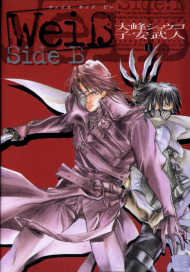