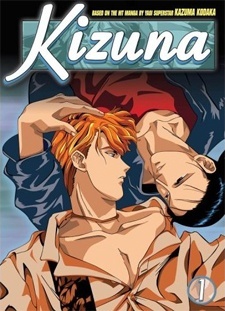 Ichinose Kei has learned kendo from the time he was a child for one reason: to be Mita Hikaru’s hero. The two were always together when they were children until Hikaru had to move. Now in high school, the two meet once again, but Hikaru is now trying to be Kei’s hero?!

Katsuomi and Tsurugi are fierce rivals in the Japanese sport of fencing known as kendo. Their competitive egos and contrasting fighting styles clash, and yet Katsuomi gradually finds himself attracted to the keen, graceful Tsurugi. However, he hesitates to pursue his desire, fearing that doing so will surely give his foe Tsurugi the upper hand in competition. Although Katsuomi's love for his adversary soon becomes overwhelming, Tsurugi finds himself torn between reciprocating Katsuomi's love and maintaining his pride as a competitive rival. The competition intensifies into a love triangle when Tsurugi's young brother steps in to pursue the source of his brother's angst.

Momose, a first year in his school's Kendo Club, finds himself attracted to his senior, Minagawa. However, knowing Momose's feelings, Ikeda flaunts the fact that he is going out with Minagawa. On the other hand, Fujiyoshi, Minagawa's classmate, happens upon Minagawa and Ikeda kissing, and finds himself harboring new feelings for his friend, Yamashita. In the Kendo Club, Professor Izumi can't stop thinking about one of his students... Starting with Momose and Minagawa, unexpected loves being to unfold!

Iseya Shou is the captain of the kendo club which is about to be shut down due to insufficient members. How far could he go to recruit additional members? Enters the charismatic student council president, Yagami Keishi. How does the manipulative strategist finally capture his guileless target?

Shiba is in love with his kendo senpai, but when he enters university he doesn't want to be in the kendo club anymore. How can Shiba convince him to join the club again? And why does annoying Akito senpai have to be in the club instead?

This story is about two childhood friends, Sayaka and Mushin, who have both practiced kendo for a long time. Sayaka is fairly strong and Mushin is not, but he dreams of protecting her anyway. Even though he doesn't realizes it, it's Sayaka the one that always protects him whenever he is in danger, without him being aware of it.... however Mujin has a strong weapon of his own, which is something that has conquered even Sayaka : his earnest honesty and unfazed good will.Due to rivals popping up constantly, "evil organizations" trying to destroy Sayaka's and Mushin's Dojo and even several love rivals who want to destroy their closeness; who are simply attracted by either Sayaka's charisma or Mushin's kindness.... Thus both Sayaka and Mushin have their own battles and at times they may need to cooperate to surpass the impossible hurdles, of which being step-siblings is the very first one.

Shichiri, who has an identical twin named Nanai does kendo, and in his first match as a little squirt. He played and lost to a boy named Kitsuma. Now, several years later Shichiri and his brother start middle school. Kitsuma is a third year student and openly bisexual. He teases poor confused Shichiri to death. Shichiri is in love with Kitsuma's ex-girlfriend, and torn between the two of them. But slowly he comes to enjoy his stolen time with Kitsuma more and more. And then their fathers find out and they stage a daring runaway. But was it really necessary?

You think your life is weird? Imagine being the reincarnation of an ancient priestess from a thousand years ago. That’s the unfortunate fate that has befallen Yuuto, a high school student and kendo competitor whose life is turned upside down when he is visited by a thunder god named Kazuchi. The disgruntled god claims that he is bound to Yuuto and that the only way he can be free is to have Yuuto remember something he’s never done in his lifetime! Will Yuuto be able to tap into his priestess past to remember the magic word to set the thunder god free? And if he does, would he really want the dashing Kazuchi to leave?