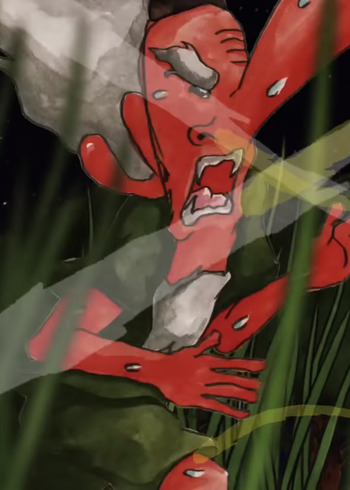 Tamami-san is a bakeneko, an immortal cat-human, seeking revenge on all the descendants, to the seventh generation, of the man who scarred her for life. But to hunt down those descendants, she needs money. For money, she needs a job. Days in the office, nights out hunting. No wonder she can't stay awake!

There's an old legend that a monk and a Tengu is rival. Kiyomi is a monk who was saved by a girl named Sasuka. While staying there, he found out that there were girls who went missing. Villagers think the culprit is a Tengu. Is the Tengu really culprit? And somehow it seems that Sasuka relates with Tengu. And somehow Kiyomi is just a fake monk?