Kirby: Right Back At Ya! - Reviews 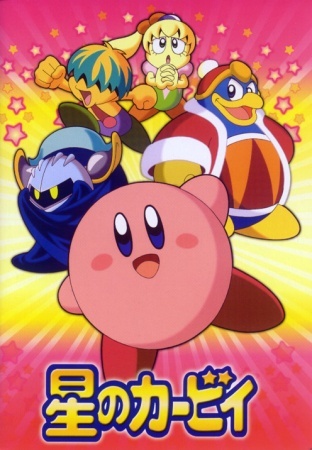 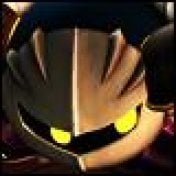 The story starts off with Kirby arriving in a land called Dreamland. He is confused about everything around him till he was discovered by the citizens that live there. They later became friends with Kirby and now Kirby must do his best to defend Dreamland from King Dedede and other villians. Later on in the show, Kirby gains new abilities by sucking up his oppenents and using their powers against which is pretty neat I'd say. Before the end, he needs to be prepared to fight the biggest villian which is Nightmare in order to save Dreamland for good.

The characters are amazing, first you got the little pink guy Kirby that is cheerful but cannot talk, in a battle he sucks up his oppenents to gain their power and use their power against them as I mentioned before. Tiff is the serious type of citizen, brother of Tuff and friends with Kirby and Meta Knight, she makes sure if King Dedede is up to no good, lets Kirby or Meta Knight know if they haven't already and she also cares about Kirby. Tuff is a sister of Tiff and friends with Kirby and Meta Knight, he is pretty much a troublemaker even when it comes to helping he screws up, not much to say about him. Next we have Meta Knight (my favorite character in the show), he is a very intelligent warrior that is serious and lonesome, he is friends with Kirby, Tiff, and Tuff. He pushes Kirby to his limits so Kirby can become more stronger and Meta Knight also serves his majesty King Dedede but sometimes he goes his own ways. He also has closer friends which are Sword Knight and Blade Knight, he gives them orders when it's needed. Last character I want to talk about is King Dedede, he lives in a castle and always tries to find ways to get rid of Kirby since he is so special to the people. He has a friend Escargoon that gives him any orders when necessary and he is known to be pretty mean and selfish. The main characters overall fit the show really good and they are part of the Kirby series.

Yup, this is where the show lacks on, the 2D drawing is decent in the show however, there are times when the animation changes to 3D and it really bothers me, it's like are you going to make up your mind, make the show in 2D or 3D? It would be best to leave it as 2D, we don't need the show to mix up everytime.

The music that goes on during the show is pretty great and the voice actors for the characters are good enough. Not much to say about them but it's not a big problem.

This anime is pretty decent, it may be a kids anime but I'm a teen and I enjoyed watching the show since I am a Nintendo fan. The show has it ups and downs but I still think it's good enough. I would recommend this show to any Nintendo fan or Kirby fan but for others I'm not sure you might pass on this. I recently checked that 4kids has taken off Kirby on the air and their website so if you want to watch the English dubbed, I guess your out of luck, your gonna have to find the English Subbed meaning it's in Japanese but has English subtitles, there is also no DVD box sets or not much DVDs of it which sucks more. This concludes my review on this pretty okay show.