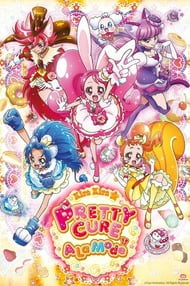 The main characters run a sweets shop, and must face off against evil fairies to protect their beloved sweets.

Spoiler alert:  Well this is my opinion I hope that no fan of this is offended by my review but this season is the worst season of precure It is full of filler and is also extremely childish for what the franchise is The character desings are so good but I can't say the same for the characters Usami Ichiga/ Cure Whip is the worst pink cure of the franchise. Why? Becouse she steal the limelight, and I can't feel any pity for her as they paint it in the anime Also Cure macaron that character does not understand anything , Cure custard is completely forgotten Even the villain Noir makes me sad how badly written it is ... Can someone turn bad because a person refused to make sweets for him? on the good side we have Cure gelato, a well written character but unfortunately he is very on the side because Cure whip steals the show again Cure is not so bad as a character it is not as perfect as it is presented to us at the beginning the battles are poor, the animation is somewhat bad but the vocal album, their songs are so catchy I'm going to give it a 3 because its history problems are quite noticeable If you have never seen precure and you want to start with a season, I recommend you start with another before this one.

The odyssey began with watching Glitter Force and GF Dokidoki … then discovering Smile Precure.  The following months saw me through viewing all 16 years of Pretty Cure episodes, with an eventual plan of watching one series that aired before Smile/Glitter, one after.  So, with Yes! Precure Five Go Go! (pre-Smile) and Kirakira Precure ala Mode (post) I have reached the end of the long and winding road. I didn’t expect that it would also be the bottom of the barrel as well. Don’t get me wrong.  I enjoyed both series, but neither one matched the excellence of top-notch programs in the Pretty Cure franchise.  I have already given a review of Yes! Precure Five, noting the important new trends and innovations developed in Yes! but lacking a coherent and engaging plotline.  ‘Ditto c/ Milky Rose’ sums up the second offering of Cure Dream and others. But now, what of Kirakira Precure ala Mode?  The development of the five (… no six … wait, Cure Pekorin makes seven?) legendary patisseries (legendary warriors seemed to be passé’ after Mahoutsukai Precure gave us those legendary magicians) was a bold initiative of ‘girl meets furry critter’ union while centering the goodness of this team on the sweetness of kira-kiru power. The villains drew their strength from the dark form of this identical power  of anti-sweet from the demonic Noir, but it was never clear if Noir was the absolute power of darkness. I have three critiques of this series. 1) The theme of sweets.  Ironically, the Yes! Precure Five Go Go! Feature movie took the girls to the Land of Sweets.  There Cures Dream and Lemonade were knocking down gobs of candy to the consternation of Cures Mint and Agua.  They could get FAT!  Not so, said the regals of the Land of Sweets.  Only the experience of the pleasure and sensations without the consequences of binging on junk food.  I didn’t buy into that at all.  A crazy notion when you think on it.  This carried into Kirakira.  I liked the recipe section at the end of most episodes, but after a while too much is too much.  And defeating a foe with a literal pie in the face (okay, massive cake attack) got old quickly.  Changing up the dessert assault menu with Cure Parfait smacking the opponent with … well, a parfait (Duh!) was only limping with the other leg.  And … on an unconnected point … why did Ichika have to smack her head at the beginning of each show? 2) The animal totems.  Honestly, the rabbit ears coming out of Cure Whip freaked me out at first.  The squirrel tail on Cure Custard.  The trappings of a male lion on Cure Gelato (gender confusion seemed to fuel elements of the story line.  The catty-ness of Cure Macaron fitted the character, but I always thought Cure Chocolate looked more a fox than a dog.  And flying pegasus … okay, we’re stretching the animal kingdom there, aren’t we? 3) The character of Akira, Cure Chocolate.  Sorry, from the get-go I knew Akira was a girl.  Granted, the first meeting was the crossover movie where Akira was bothering Yui from Go Princess Precure and was accused to breaking into the girls’ dorm at Noble Academy.  This is my complaint.  Akira sports a pretty page boy hair-style.  But, too often Akira is forced to assume a male persona.  Refused a kimono when visiting Yukari’s grandmother’s tea ceremony.  Fighting a princely suitor for the hand of Yukari, knowing the prince was wrong for Yukari.  Then not given the chance to explain to the prince that Akira was not a boy.  The husky voice.  The aggressive demeanor in fighting.  But, knowing Akira is a kind and loving sister to her sickly sibling Miku.  A jarring attempt to make a controversial character who is undeniably female.  And a stunner as well. The dark episodes were the most intense, especially as the background of Noir is revealed.  But, again, the obvious signs of the team drawing apart is a trend in the recent Precure series which is a little disheartening.  You might say it made for a weak conclusion, but IMHO. And, with this, the campaign to watch all the Precuria comes to an end.  I’ll keep up with Healin’ Good Precure on the weekend.  And I’m still in the last phases of simultaneous watching episodes of Smile Precure and Glitter Force (very subtle differences, some eye-openers as the number of times Reika/Chloe bows in her introduction).  But, now, new vistas in the world of anime.  Will miss these wonderful characters though. 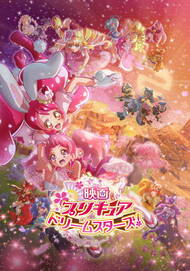 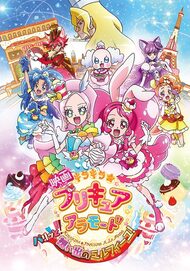 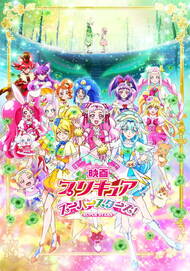 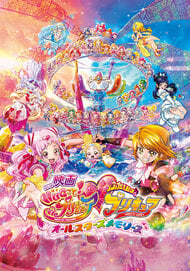 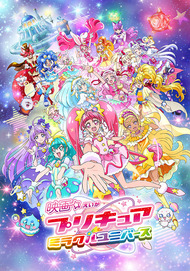 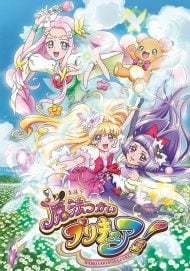 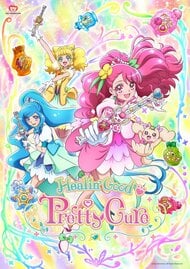 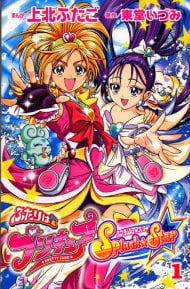 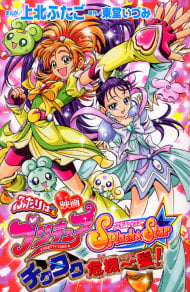 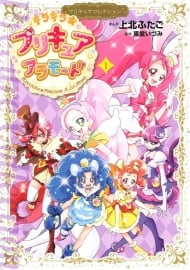