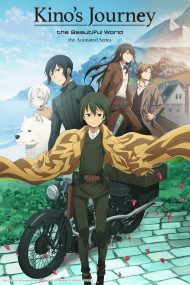 Kino and the talking motorrad, Hermes, travel the land together; visiting different countries and learning about the various customs and cultures of the people they encounter. From technological marvels to nations with unique laws and political intrigue, each location yields a wealth of insight of its people. The beautiful world they inhabit is a vast one, and a number of other travelers share tales of their adventures as well - an exiled prince wandering the land with his talking dog, an orphaned child raised by artificial intelligence, and a former slave girl with a talking motorrad of her own who photographs the world around her as she travels through it. Although the world is not always beautiful, its rich diversity lends it a fascinating loveliness that is worth the journey to see.

A Country Where People Can Kill Others

People who are new to this series could potentially like this anime. Especially someone who is interested in the more recent anime which has been coming out. Buuuuut if you really want a good story, I highly recommend watching the original series. Someone who is in love with the original series, don't watch this. Kino's no longer true to her original character, in the way that she responds to the events which unfold around her. She's also skin and bone now. No muscle to her. They also use stories from the original series but manipulate them in very odd ways, which could make viewers who've seen the original feel like something's not quite right (uncomfortable). Also, if you're a fan of the old animation style, you may be impressed by the new style at times - as it's really good at appearing 2D even though it's CG. However, again, it just doesn't feel right to someone who really enjoyed the old style in the original series. My opinion's clearly biased though, so if you're curious, do give it a watch and see what you think for yourself. You'll know by episode 2 whether or not you would like to continue watching.

I actually recall hearing about the new Kino's Journey anime, which got me a bit curious about the old anime, which I saw a while ago. I really enjoyed the ideas and the philosphies that were being explored, one of the reasons why I even watch anime to begin with. Let the review begin! Story- In a nutshell, the story is about a traveler named Kino and her talking motorad Hermes as they travel through different countries and are exposed to their cultures and ideas, making the series feel episodic, which isn't bad if you don't mind a slow burner. My personal favorite is when they show a personal story with Kino's master. With so many stories its easy to find the one that you like more. Given how straightforward the story telling, easily one of the anime that knew to tell its story simply well during the fall season. Animation- It actually looks pretty good considering they did a few other anime this year. I was actually surprised with the tone of the first episode, which would explain how versatile Lerche is with animating certain themes. Sound- Given the show's hype opening, there was a decent number of soundtracks that helped with the atmosphere of the show. Overall, I enjoyed it. Characters- However, with every anime there is always at least one flaw, and that one flaw has to do with Kino, the main character of the show. One of the reasons why the original season of Kino's Journey did so well had to do with Kino's reactions to the world, making her a very human and relatable character to the audience. This Kino doesn't react the same way, making her too different than she should be compared to the light novels and the original anime. Kino's character still pushes the story in a way that is still enjoyable, just not the same. If possible, if the studio does make another season in the future, improving on Kino could be a huge step up for the series itself. Only time will tell though. Overall- Despite the flaw with Kino's character, this is still a very enjoyable and decent anime. Can easily be one of the first anime someone gets into as their first anime to cut their teeth on. What better anime to start with than one that can make you think?

*spoiler free review* The world is ass. Therefore, it is beautiful. Going into this fall 2017 season on a high note with MHA, Anohana, and Kino's Journey 03 under my belt as the newest editions to my top 10 over the summer I felt a wellspring of joy rise within me as the words "Kino's Journey" showed up in the upcoming anime list, not by fluke. Then I saw the word Lerche on it and immediately went back to my 50/100 split expectations attitude. "Hold on is this the lerche that made danganronpa or the lerche that made assassination classroom?" I wondered aloud, as two such lerche's seem to exist, one that pumps out mediocre garbage, and one that generates picture-perfect masterpieces. This proved to be a new lerche entirely, leading me to believe that Lerche is like a bipolar person with savant syndrome as well or something like that. Having watched 03 Kino and being thouroughly impressed with its use of philosophy and a consistant tone throughout, I had to wonder how accurate to the source material it was. Turns out not so much, but this is. One thing you have to understand going into this is, This is not a sequel, it's not a remake, and it's not like the original kino. It's a Reboot. They scrapped the old tone and old everything, and made something completely new and faithful. That isn't to say they've tossed the fans to the gutter. The story is episodic, and I've graded each episode individually myself based on use of philosophy, coherence, subtlety, use of its characters, ect. And it's come up very, very well. Kind Country in particular recieved my actual 11/10 episode rating (yes that is a thing and i've only given it to like 3 episodes of anything ever so don't worry I'm not some kind of rediculous fanboy) for making me cry. Then again there's Sheep Country and Cloud Country, which got a 6/10 and an 8/10 respectively, so the episodes aren't all perfect. The philosophy is still as preasent as ever, although 03 does it a bit better: TAS keeps it changing and doesn't always use the most heavy philisophical lessons every episode. 9 for example has four devided questions it asks, and all of them good. Every episode has a very different feel to it. One thing this (TAS) does better than its predecessor (03) is continuity. It's not really something 03 gave a damn about but since Shizu and Master were actually supposed to be important characters, TAS gives them the respect they deserve with an episode completely dedicated to each. That's another thing: Kino isn't the center of the world anymore, they have these other amazing characters too. Shizu is learning how to be a "journeyer" in his stories, and has taken on a new traveler called Ti. Of course there's Riku as well. This trio is exceptionally fun to watch as they go to places and observe the folks, taking a bit more of a personal approach than Kino often does. Ti is hilarious yet tragic, and adorable. Shizu is naiive but cool, and Riku is adorable and smart. I'd watch a spinoff with these three. Their start at Colliseum is kept 1 episode this time to make way for their progression, which I liked. Then there's Master (Shishou) and Assistant (Aibou) who are just two of the biggest badasses who ever lived. You get to see them actually do things whereas 03 they were only mentioned in passing or seen in a flashback once. Of course we have Best Girl Kino and Best Bike Hermes, the main duo who retain the exact same feel of 03 kino and hermes despite their different character designs. Kino is still badass, and stoic, hermes is still hermes. The animation is brilliant. The backgrounds are pretty much scenery porn all the time and Lerche makes excellent use of color to portray the tone of each episode. However, this also leads to a few slight inconsistancies in Kino's color palette which are noticible after a while. The CG is barely intrusive, but on the last episode it becomes a little too intrusive, so the animation can't exactly get a 10/10. The sound is amazing, the opening I think is really, really good and the sound design goes with the animation really well. However I can't pick out a specific track so it will remain a 9/10. Overall: so yeah it was incredible. A few CG glitches and some story oversights that could have been better keep it from masterpiece status, but it was very, very good and definitely (although a very close call) Anime of the Season for me. Fans of the original should expect this to be a lot different, but I would 100% Reccomend it to anyone regardless. Please make a sequel. Wait, what are we doing now? 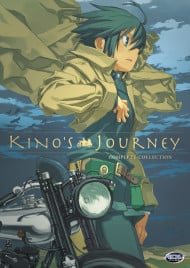 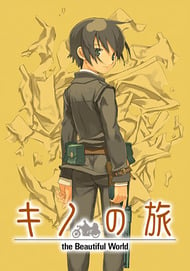 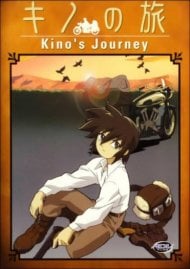 Kino's Journey: Byouki no Kuni -For You- 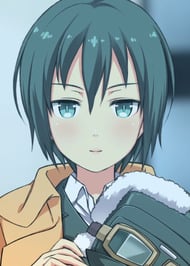 Kino's Journey -the Beautiful World- the Animated Series: On Your Way 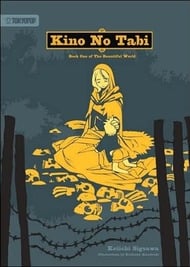 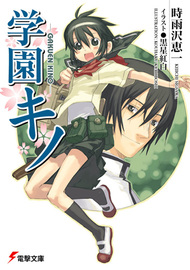 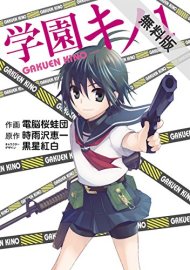 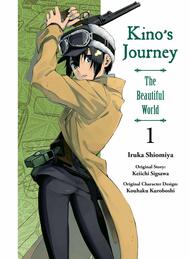 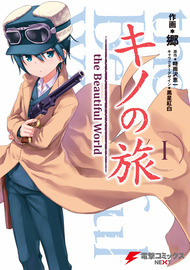