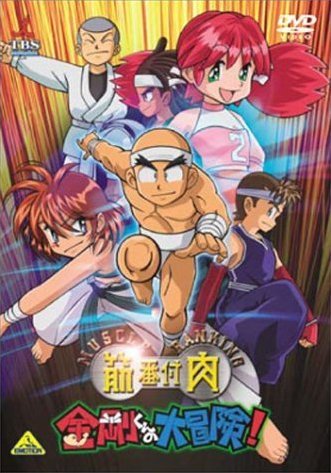 If you're looking for manga similar to Kinniku Banzuke: Kongou-kun no Bouken, you might like these titles.

Marvin is a somewhat dorky 8-year-old kid with a lot to prove. The bullies at school taunt him, his friends are not very helpful, and all he wants is to just belong. So in an attempt to solve his problems, Marvin gets an idea: Karate lessons! But even with a master sensei and a new gi, is Marvin destined to a life in Klutz-ville, or will he emerge Karate Cool and ready to take on all of William Clarke Elementary?

Kinnikuman is a superhero... albeit a terrible one. But one day Meat, a servant, tells Kinnikuman that he is the prince of an alien planet and that he's here to serve him. To prove himself to his newfound family, Kinnikuman must now save the day by fighting evildoers and competing in tournaments to gain respect and money.