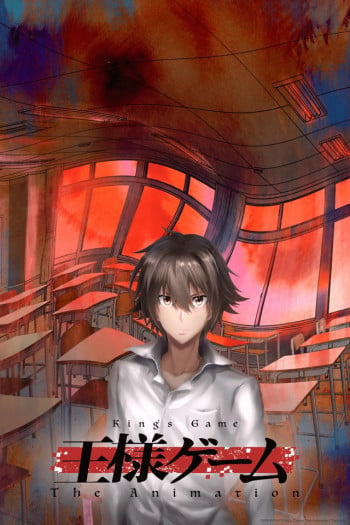 First some items I need to adress. I'm Dutch to expect some spelling errors, if they are to annoying just message me and I'll fix it. My opinion may vary from others and this is fine. People are different so there is a good chance that I will not like what you love. Deal with it. I'm not telling you that you should hate it too, I'm telling you why I didn't like it. I'll try to keep swearing to a minimum but fail utterly on occasion. In general it is the more the anime pisses me off the more I swear so watch out for the low scored ones. Art: Art is fine, it does what it needs to do and that is to show a visual story. It is not too bad but not great either. No real complaints except for the odd additions of censure where a black blob is blocking the view. Sound: No real complaints actually, it's pretty ok. Voice actors are good and I don't remember any music either. This is how I generally prefer my anime. Characters: The main character is Nobuaki. He is a former survivor of the game and this time he wants to save as many classmates as possible. Natsuko is the popular girl in class who manages to bring Nobuaki out of his shell. Story. After transferring to a new class, Nobuaki, wants nothing more than to be left alone. Then, just as he starts to open up to his classmates, the king's game starts again. Everyone in class gets a message on their phone, giving them an order. Those who fail to complete the order within 24 hours will be punished. As Nobuaki scrambles to save his classmates the death toll starts to climb slowly but surely. Things look hopeless but with every death a clue appears that may prove a way out. Rant. This anime was bad. Extremely bad. The animation was pretty decent actually but the story and characters were so bad that watching it became a real chore. There are anime that are so bad that they become fun but this one isn't one of those. It is very hard to get into an anime and feel for the characters when there is so much stupidity on your screen. I must admit that the gore factor is decent with some over the top death scenes but even that was lost when they started to censure some things. As mentioned the characters were bad. Basically nobody stayed true to character and kept doing things contradicting what we knew of them. The story isn't helped by the fact that they try to cram 2 games in this anime. There is the current one and a number of episodes are dedicated to the game that Nobuaki survived. It adds a bucket load of characters, most of whom die in seconds, and shows the complete lack of character concistency in Nobuaki. Some things could have been easily fixed by simply switching things around a bit. In both games a female character is ordered to sleep with one of the other students. The first time it is introduced is in the second episode when Natsuko is ordered to have sex with someone and she refuses. Nobuaki steps in and offers his help by forcing her to comply (our hero). Natsuki, understandibly, freaks out and gets pissed. Next thing we know she flips her inner bitch switch and goes completely phycho. She all but starts to rape the poor guy she is supposed to fuck and Nobuaki also flips a switch and turns into a complete pussy. He goes from forcing her to trying to stop her and I'm left wondering why as it is a 180° turn from just a few seconds ago. In the next episode we learn that this happened before. His best friend got trapped with an order to have sex within a very short timeframe and Nobuaki responds by punching him out and then forcing his girlfriend to rape his unconscious friend. If you want the drama with this subject then the way to go is to switch it around. First show what he did in the past and show how he struggled with it. Then have the Natsuko situation and have him realise that what he is doing is all kinds of fucked up. This way would have slightly redeemed the character of Nobuaki instead of completely destroying it like now happened. Natsuko flips the phycho switch way to soon. She flips in the second episode and goes full phycho in such a way that other phychpath will run away in terror when she approaches. The thing is that it takes away all the suspence and makes you wonder why the other students still believe her at times. Where are all the adults? Their class is one of 32 students and in the second day of the game 10 students die. Where are their parents? Where are the teachers? Where is the police? You won't find any in this anime. You want to fix it somewhat? Have the king order them to leave home and stay away from the police....there. Fixed your anime some more. This is bad, very bad. If you want anime with gore then go watch Future Diary or Another.

The show itself is utter crap, but the opening, oh the opening! It's a metal song by a band named coldrain (Feed the Fire) which funny enough is in one of spotify's hard rock playlists (triggered by my labeling of music genres yet?)... Just listen to the opening on loop for 20 min x 12; trust me 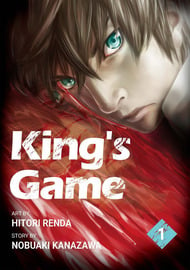 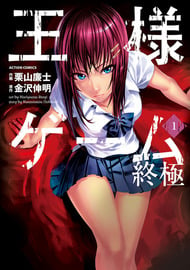 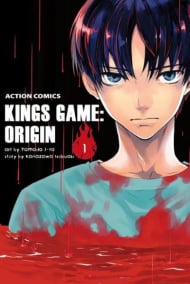 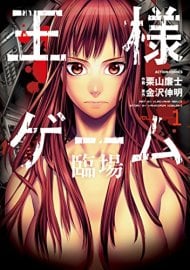