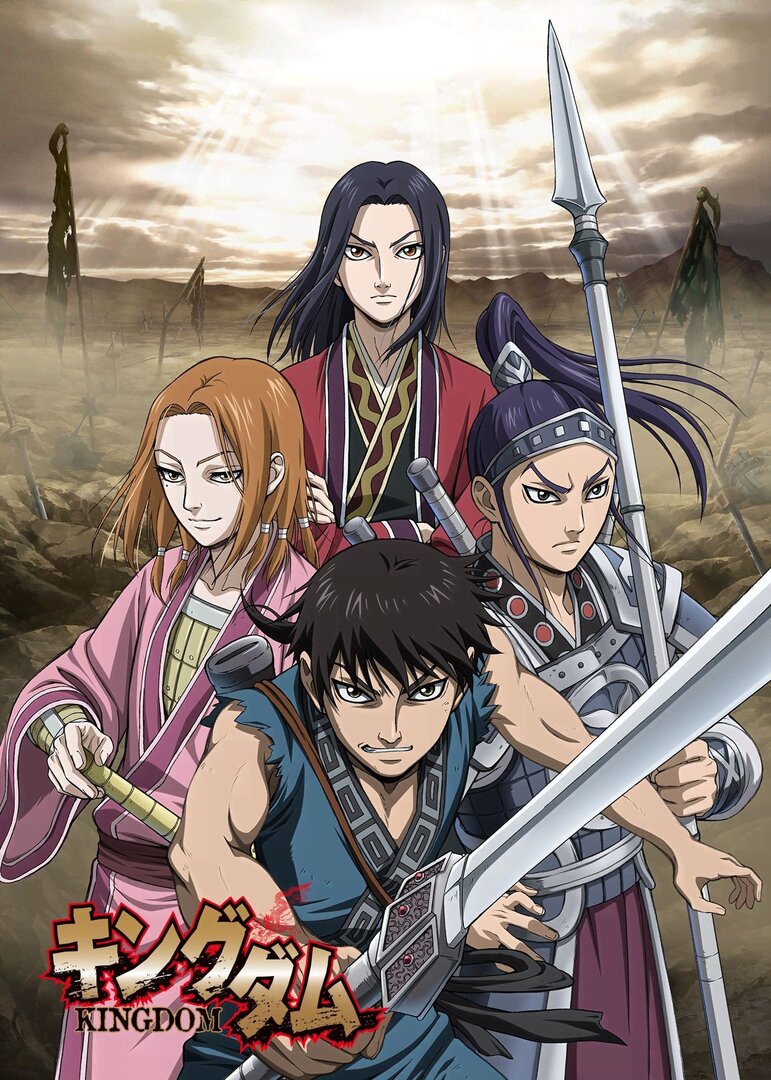 First off, the animation has improved greatly since the first episode of the first season. It's a good thing they stopped trying to use CGI so much because it was failing. They still used it some and it would look awkward for a moment but it wasn't nearly as bad as before. The details in the artwork and the character designs have improved too, but all that started happening towards the end of the first season. The animation now is about average like the majority of animes. In my opinion average is just right and above average is almost impossible. The continuity of things like wounds was off, but then again the attention given to that stuff in both the story and animation was lacking.

I was dissappointed in the song choice for the opening. The new opening felt like it was setting up the wrong mood and I usually skipped it. It also still has that annoying habbit of repeating certain sentences at the begining.

The story wasn't quite as interesting. I felt like the story was giving too much attention to side characters. It was also mostly battle. While I find battle interesting, 39 episodes of it straight is a bit much. It needed more variety. There was some, but it just felt overloaded with battles and strategies including battles that I didn't really care about. Sometimes my eyes were glues to the screen and other times I was half watching/listening and half focusing on my solitare game...

I assume that a third season will definitely happen. The ending of this season wasn't really an ending so much as a preparation for the next season. I haven't heard anything about this third season, but I assume they are planning one. On the other hand the second season happened almost imediately after the first season and now it's been a couple years. Not to mention this is from the same studio as Yona of the Dawn which was supposed to have a second season and there hasn't been a word about it outside of groundless rumors so I guess I shouldn't hold my breath. 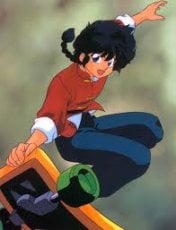 Ok, I know I don't review much but I am not one of those guys who loves one anime and scores 10/10 just to show he/she is enthusiastic. Kingdom truly is a gem and a new style when it comes to animes. We all know we can't expect much realism, actual history and technical science when it comes to animes. Animes have been so far the suitable realm for exaggeration. But Kingdom showed realism, history and science of war into higher levels more than many other animes. Before I start remember that, you'd probably hate this anime if you obsessively like: ecchi, slice of life, modern life, sci-fi, supernatural powers, gores and fantasy genres.

season 2 is a copy of season 1 except it's better. There are more realism involved (Xin is not climbing walls or jumping like superman anymore!) and so many new characters. The story divided into two categories: palace conflicts and wars, so it's like two good animes combined into one great anime. both palace and battlefield themes are depicted beautifully and realism surges throughout all palace and war events. For example Xin is not influencing wars as much as we might expect from a MC in any other animes. No! he is a 100 men general so he can win as that much. The same goes for Sei in the palace, there is no sudden change from previous uprising into a stable palace situation and he should do his best to stay alive, let alone acting as a king.

Also there is much more of "Ooki shougun" that we glimpsed slightly over his character in season 1 (believe me, it was a slight glimpse compared to season 2). I don't want to spoil anything so just know I've been influenced from this character so much that my wifi rooter's name has named Ooki for 8 years till now! I never felt emotional bond between soldiers and shouguns until I watched season 2 of Kingdom and it's Ooki shougun.

Wars are realistic enough. tactics and strategies all make sense and all events at the palace, well, I can't say I don't see them among modern politicians now! One amazing feature of Kingdom season 2 is that you might feel sympathy for enemy elites; This is power of Kingdom's author to not abuse his power to demonize enemies so that killing them would sound pleasable for the readers.

Plot twists and mystery of tactics are so overwhelming too. I hate it when I can predict a plot and Kingdom mystified me so good that I waited 8 years just to watch season 3 (and I am not disappointed).

Ending of season 2 is frustrating because you want to see more but no worries! It is 2021 now and season 3 is coming out!

There were sloppy 3D soldiers in season 1 due to saving budgets, I guess, but season 2 is free from them. Sometimes you can even pause and see little fragments of dust or fire which happens over blink an eye. Horses, weapons, palace decoration, customs, etc all are in a high quality of depiction. I mean really how long did it take just to colorize and draw interior of that palace!!!???

male and female characters are so smiliar to actual human beings (despite most of animes). We barely see extremely long hair with bizarre colors that might be sign of a disease than beauty in real life.

Characters voices are as great as season 1. Both Xin and Sei voices are really suitable for their characters. Battle musics are great too. Not to mention surprise sound of groups that is pretty common in this series (Ahhhhhh!). However Kingdom was not ever a great anime in Opening and Ending songs, it's not bad, but it's not exceptional either. But due to other great aspects of sounds in this anime I have to give it 10/10.

Kingdom is a factory of creating characters. Not just producing characters as in a supernatural plot like: yes, he is king of fire, he can shoot fireballs but wait he can fly now... But in a way that all character archs collide in perfect places. If their company wanted they could go crazy by making tons of OVAs over side stories of all great characters that have been produced.

I am not recommending everyone to watch it, but if you've watched it and hated it please leave a bad review score here so that I can explore other animes that you've reviewed and never watch those myself (seriously, that's how I search for animes, seeing what animes other users like me have watched and I missed!).

Season two has much better, stylish, and more realistic animation that may still have that 3d ish look but it is toned down enough that it doesn't look like a cheap cut out of a bad video game like season 1's animation, but the story and drama are not as good as the previous season.  There is only one really good drama scene in a flash back early on in the season where as season two had more and a powerful one near then that was just as heartwrenching as the first major one.  We see Shin grow alot more but he also regresses or devolves in other ways.  He gets a bit stronger, more famous, more confident, and more skilled but his intellilect, instinct, and wit drops as does his emotions other than anger or rage.  When Diao returns to the group, she takes on a more important role that actually starts overshadowing that of Shin, which is a bad thing to do to your so called main character.  They do this in part by making Shin look much dumber than he was in season one and forget that he also had some brains which should have improved for season two not worsened.  At one point later in season two, Meng Tian asks if they have any strategists and they say no cause Kiyou was the only one devising them, but this is an outright lie.  Lt. Yuan, Lu Yan, Kyou, Shin, and even Sosui came up with or contributed to strategies and tactical decisions during season one at least which the writers of season two apparently forgot.  I find it a bit offensive to dumb down a main character just to bolster the importance of another one artificially. Important events such as fights are drawn out much longer than in season one which helps to reduce their effect and significance instead of emphasizing them.  Among the reasons is, it makes Shin look weak and like he is constantly getting hurt or wounded because he either makes bad choices or can't fight as well as he thinks he can.  If he gets hurt so badly so often, it weakens the effect of him getting hurt in any fight let alone a so called important one.  The lie that Kiyou came up with all strategies was apparently supposed to show how significant her loss was but only reduces the quality of all other characters and shows the writers can't keep track of their own story since they already showed at least 3 if not as many as 5 other members of the squad were smart enough to devise good sound strategies.

Season two seems to simply loose the 'momentum' of season one by making significant mistakes such as losing track of who does what or who is capable of what.  Shin might not have beent he sharpest tack in the box but he was pretty smart and crafty when he needed to be such as when he rallied the troops against the chariots and even figured out ways to combat them during his first battle in season one.  During training with General Wang Qi, he again showed how smart and capable he was by leading a ragtag undersized weak army of old men, women, and children to victory over all other bands in the wildlands.  Sorry to break it to the writers but those are signs of a smart tactician and he is supposed to improve not worsen or dumb down over time.    The potentional of season one is all but lost for season two given all the mistakes that are made to the story and characters but there is enough steam to more or less carry through the season, yet you will most likely be disappointed at some of the character's getting negatively tweeked to make others look good.  This is not needed.  A good character does not need others to be made foolish or worsened in some way to make them look good because if they are good characters, those qualities will make them stand out regardless of how good or bad other characters are.  I do not know if this was an error or not but I can not help but feel it was intentional or maybe more like sabotage to an other wise good series that could have been much better if they carried on the same way and direction that season one was going.