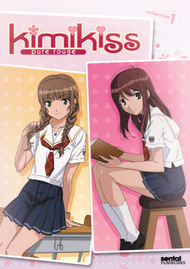 StoryTo be perfectly honest, I had rather low expectations for Kimikiss, primarily for the fact that its name included the words "kiss" and "rouge."  By all accounts, my experiences have taught me approach these titles with a ten foot pole (if at all), so you can only imagine my surprise when this should-be-shoddy title turned into one of the best high-school romances within the anime realm - and, trust me, it is a needle in a haystack.First and foremost, Kimikiss'  scriptwriters knew how to pace a twenty-six episode romance story appropriately, and that definitely fronted its likeability.  There's a decided lack of typical harem-romance events such as summer beach retreats, as it opted for a much more casual and realistic environment over a conglomerate of pre-contrived events.   Because of this, too, the typical drama-evolves-from-misunderstandings premise does not make an appearance; if nothing else, Kimikiss made a point to avoid being predictable from episode one.  While that's not to say it was entirely void of any angst or tension, it increased the emphasis on the series' slice of life elements, which ultimately lead to stronger characters and a more solid overall presentation.Still, Kimikiss does have its faults, especially in the lead-up to its ending sequence.  While the series closed with surprisingly few loose ends, I can't say I really cared for either the ending or the changes in the characters that inspired it.  At around the two-thirds mark of the show the characters all undergo slight shifts in personality and behavior seemingly at random, which ultimately leads to a buildup in drama and the subsequent climatic overture.  It was not bad per se, but it did irk me enough to mention as well as taint my lasting impressions of the series as a whole.  Still, my own misgivings aside, it concluded the series in a satisfactory manner - a good ending doesn't necessarily have to be one that I agree with, after all.AnimationAs should be expected, the animation lived up to 2007-2008 standards with vibrant character designs and colorful scenery.  My only gripe was that Kazuki looked (and behaved) way too similar to Shirou from Fate/Stay Night, which bugged the crap out of me for most of the show.  However, superficial male that I am, since most of the girls were cute I was able to tolerate this by simply ignoring him when he was on screen.  Sarcasm aside, however, everything looked great from start to finish. SoundWhile the soundtrack itself was nothing all too memorable, the catchy opening theme and astute voice acting vaulted Kimikiss' sound score into the "great" category.  Connecting with the characters took a matter of minutes, as each voice actor felt as if he or she really enjoyed playing his or her respective role.  From Mao's giddy exuberance to Yuumi's shy embarrassment, each scene really came alive through a wash of vocal emotion.  It certainly helped, too, that the voice acting flowed with the characters as they grew; many of the more timid characters opened up as the series progressed, and the actors kept on the ball with their development.  I've certainly no complaints.   CharactersThe characters were a mixed bag, as Kimikiss divides them into two distinct groups.  One happens to be a love quadrilateral - no, not a more poetic quartet, quadrilateral (though you could also say tetragon and I'd accept it as a valid descriptor - my engineer's intuition says that's okay.)  I say this because it's a bit jumbled and not clear at first, but it ends up involving Kouichi and Kai as the two primarily males with Mao and Yuumi as the females.  This pans out to the core of the series, as it encompasses, by far, the most enjoyable of the budding romances.   Ultimately it distinguishes these four as the strongest of the ten or so characters, as their story follows a more down-to-earth path than the other major romantic line.  Toward the end, however, the drama in this particular group takes center stage, and its strength wavers a bit when those character quirks I mentioned earlier come into play.  Still, the characters begin and end undeniably solid, and for that I have very few gripes about its overall presentation.Where I do have gripes is with the complimentary love triangle that involves Kazuki, Futami, and Sakino.  For one thing, both Kazuki and Sakino are soccer players yet the writers made not one single effort to research the sport before writing the script.  For supposedly being an "awesome" player, Sakino spouts the worst advice on just about every occasion: watch the player not the ball, slide tackle from behind even if it takes out the player (red card!), and many other horrendous atrocities regarding the proper play of the game.  As much as that irks me as a player for ten years, however, Futami's proclamations of making everything an "experiment" were a real annoyance toward the beginning of the series.  Thankfully her crap died off around the halfway point of the series, which actually ended up making her story somewhat interesting - much to my surprise.  Ultimately, while not great, this triangle ends up being rather mediocre in nature, and given its secondary role in the context of the story, makes it entertaining without becoming monotonous.  OverallHad Kazuki's love triangle been great, or even just good, instead of being merely okay, I probably would have bumped Kimikiss up into the 8.0 range.  Even with this relatively minor flaw, however, it certainly holds its own as one of the better romances available on the anime market.  Though it could have used a slight bit more polish transitioning into its heavier drama portions in its latter half, by-in-large this title displays a tact and finesse many of its contemporaries lack: less hyperbolic drama and more romance-related drama.  For my fellow romance fans out there this is not a title to pass by - definitely recommended.

I agree with most of sheex review and simply put this as another point of view. The story was absolutely fantastic.  Character devolpment was fluid and believable and nothing came off as forced or full of crap.Not a single weak character in the story - each character was interesting and detailed.The romance was top-knotch.  Characters had to make truely difficult solutions to very real problems.This show was just simply amazing.Like Sheex, I highly recommend this to romance/drama fans.

Story: The story to Kimikiss is very simple, a group of high school students who get stuck in all sorts of love triangles. I really enjoyed this anime, and when I think back to everything that had happened in it, I was suprised that they managed to condense the whole thing into only 24 episodes. As the story progresses it does a great job of shaping your feelings about the current situations and the characters, your perceptions are always altering in every episode, and in a good way. Animation: The animation was very good in this anime, even for the year it was made it seemed very advanced in comparison with other anime in that years production. The characters looked very detailed, so did the backgrounds. Sound: If I'm honest I can't even remember much of the sound, except for the opening song which I thought was very good and suited the general feel of the anime. None of the other OST's songs seemed out of place, they all suited from what i can remember. Characters: These were GREAT *_* Essentially in the 2 main love triangles at first I found myself routing for the 2 guys to go with one girl each, then by the very end I wanted nothing morethan for them to end up with the other girls instead. Just small vague character alterations change your mind back and forth, getting you right into the anime. It really draws you in, and the characters develop so much in such a short time, its very impressive. Overall: For saying this is just about 6 teenagers who have crushes on each other, it certainly does stand out in comparison with other romance anime's and in every episode something crucial to the plot was happening- there were no cursed fillers. Bottom note: This is one of the best teenage romance anime's out there! You should watch it! 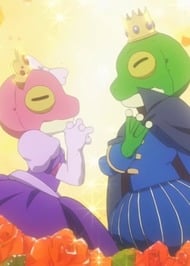 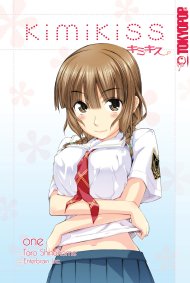 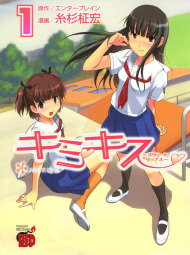 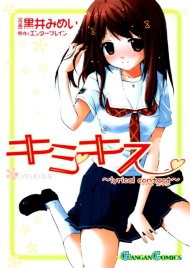 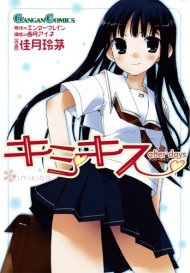