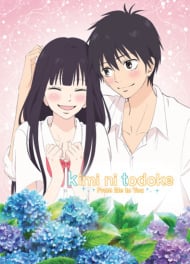 StoryIn the spring of 2010, Kimi ni Todoke charmed many viewers with its floral visuals and stunning performance by Mamiko Noto as Sawako Kuronuma. Like a rarefied picture of high school romance, the series drew out the bittersweet anticipation that comes from not knowing how your crush feels about you, and turned it into a kind of delightful torture--for viewers who were into that kind of thing. Sadly, the second season didn't understand that a heart (and attention span) can only handle so much tension and tried to cram in too many extra episodes before giving us sweet, sweet resolution. As season two gets underway Sawako seems in a good place. She’s gone on a date with the ever-cheerful and quick-to-blush Kazehaya and seems to have weathered the machinations of Kurumi. So, the stage SHOULD be set for sloppy make-outs and episode after episode of gooey fawning, right? Not really. Instead of trudging forward and exploring a developing relationship, Kimi ni Todoke Season 2 backpedals from the first installment, retreating into the same painful pattern of misunderstandings that shaped the prequel. As a result, the first half of this series plays out in a painful exercise of “been there, done that” that seriously stretches Sawako’s credibility as a character. Luckily, as time grows short near the end, the best parts of the cast (no, Kent, you are not included in that group) press the two leads towards the conclusion for which all of us have been waiting. These final episodes capture the hand-wringing anticipation of high school romance and showcase the nuggets of sincerity hiding underneath the overblown melodrama. In the end, however, the show drags out too little content to be worthy of its twelve episode run, regardless of the warm feelings that Kimi ni Todoke brings forth.AnimationProduction I.G.’s sparkles are back in force as the second season makes use of the same decorative flowers, bubbles, and stills to highlight key emotional moments. The vivid color palette and detailed school backgrounds also return, all of which make this series easy on the eyes. Lastly, charming shifts between chibi and realistic characters once again forms the cornerstone of the show's humor and helps the animation retain a manga-seque senseibility In a small twist, this show seems to feature more silhouette shots than its prequel, which draws attention to the characters' odd appearances. Their small, smooth noses and bulbous lips conjure the appearance of humanoid dinosaurs (I didn't believe it until I saw it, but look for yourself).SoundOnce again, Mamiko Noto animates Sawako through an extremely nimble performance that anchors the cast. Sliding from saccharine highs to throaty lows suits the wild emotions of the series just fine and ensures that even as her character development stalls a touch, the show’s lead remains entertaining. Following Noto-san’s, example, the rest of the cast delivers in the same strong turns that set them apart last season. "Sawakaze"--the opening theme--conjures the same intimate kindness of the first season's opening and the fits--despite it's electric instrumentation--with the collection of piano-based incidental music that adorns the each episode. The simple themes suit the pastel visuals well, conjuring a sense of idyllic high school life. Sadly, the ending, which is named after the series, feels a bit too stuffed with schmaltz. While this sits with the show's melodrama, it lacks the endearing sincerity of the prequel's ending number.CharactersSawako remains much the social cripple and Kazehaya the insecure nice boy. These roles worked fine in the first season, but threaten to flatten the leads when they’re locked in their holding patterns in regard to each other. While the protagonist does learn from Kurumi's machinations that she has a group of sincere and steadfast friends, she remains overly concerned with Kazehaya's reputation and continues to clam up in the face of misunderstandings. This character trait serves as the entire force behind the plot, but that seems a weak excuse when viewers are treated to an indentical set of anxieties in this show as what we saw before. As a result, it falls once again to the antagonist to create some sparks and forward motion. Kurumi spices up the proceedings in season one, and her scheming pushes Sawako to examine her feelings for Kazehaya. After her confession, the blonde rival slides into the background requiring this season to produce a new catalyst in the form of Kento Miura. Where his predecessor has an solid motive, considerable cunning, and the delicious voice of Aya Hirano, Kent relies heavily on whimsy and mystery. Not a terribly strong combination. Since he lacks malice and refuses to reveal any goals whatsoever, his actions never rise above annoying meddling. The kind of hatred he inspires comes from his underlying uselessness instead of anger at any deliberate harm he does to Sawako. In this case, a deep snow or power outage would have proven a more compelling villain. Thankfully, everyone else knows how to dance the dance, acting in the second season like a group of sophomores returning to school (see what I did there?). Chizuru and Pin, in particular inhabit their skins comfortably, blundering into the right or wrong actions with such unflappable confidence as to further endear them to the viewer. These developments act as salve against the painful possibility of stagnation that looms when Sawako ties herself up in knots about whether she can be more than friends with her crush.OverallKimi ni Todoke Season Two still manages to delight the ears and eyes but overstays its welcome. By dragging out its meager plot allotment longer than believable and trying to make a villain out of a decidedly vanilla antagonist, this installment tarnishes much of the magic so adeptly conjured by the prequel.

This was a well executed 'girl and boy fall in love and get together' anime. My only complaint is that they turned a 9 episode anime into a 12 episode anime (thats just considering the 2nd season, but I think the first season is about the same way). Its very slow paced, more so than I think it needs to be for the type of anime it is. I know that its suppose to be generally  slow paced since its a romance story with heartfelt moments. I just think they abuse it in an attempt to prolong the anime. Some things to note: A) This anime is not filled with ecchi. (YAY!!!) This means that they dont have to substitute ecchi in for their terrible story and characters. B) Its light hearted with very little violence. It doesnt have high strunged little whiney bitches every other scene. C) I found myself screaming at the indecisiveness of the characters, but i learned to appreciate the humor of it and just sit back and called them names during the long sparkly scenes... like "baka" and... "dum hoe"... etc I think this anime would appeal more to females; however, i think anyone can watch and enjoy it. For the record... I am a male and im not gay. I thought at one point in time... I would like to have a gf that i could watch stuff like this with. Then again, i would like to have a gf to watch death note or code geass with too. lol! peace you people.

As of episode 8: Currently, it is a love-hate relationship.  I love the show, but I really hate it.  I'm always really hoping that this week, things will finally work out between Sawako and Kazehaya, but I've had my hope crushed too many times.  Now, instead of being hopeful, I am most often cynical, I find myself thinking, how are things going to be screwed up this week? Even my boyfriend agrees, the show is great, but it's almost torture to watch it week after week.  I just really hope that it works out in the end. Update: So, I just watched episode 9 and I'm really excited for the next episode, however, I'm still waiting for the ball to drop.  I really hope it doesn't, I'd like to start seeing some of the interesting trials and tribulations that these two would go through as a couple.  Of course, that would become its own new source of tension and anxiety from week to week. Update episode 10: Well, I'm pretty happy with things now.  I am wondering though, does anyone know if this is going to end after 13 episodes or is it going to go for 25 like the first season? Final Update: So, the season is over and I must say that I'm very pleased with the way it ended.  I would've been nice if they had gone into a little more detail with the happenings at the end.  I was dying to know if the show would continue on to another season.  So, I went and found a translation of the manga online and read ahead.  It makes sense as to why they stopped here, the manga is still being written and hopefully they're just waiting for more chapters to come out so that they have more to work with.  Let's just say that if they don't continue on with the anime at a later date, they're stupid! 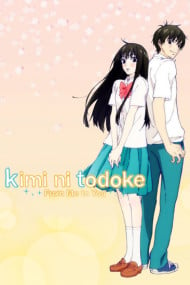 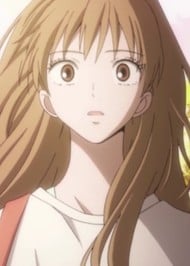 Kimi ni Todoke - From Me To You 2nd Season: A Crush 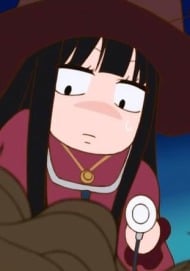 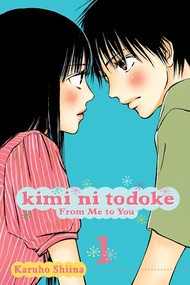 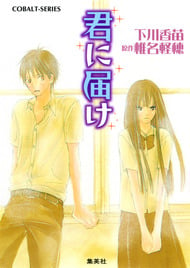 Kimi ni Todoke: From Me to You Bangai-hen - Unmei no Hito