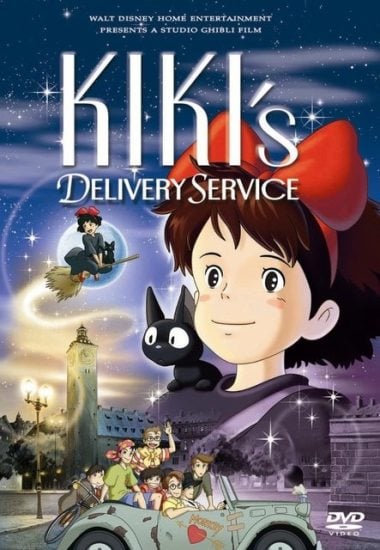 Three days dragon flight from the nearest town, deep, deep in the forest, then deeper still, lives a 'witch'. Nina the witch, also called "The world's strongest witch". Visiting her is the apprentice, Iris.This is the record of the witch and her apprentice's peaceful days, in a remote forest that breathes illusions and magic.

Every young girl has one dream or another... Dorothy, who's just a regular middle school girl, has a drastic change in her dreams when one day she runs into Mistress Lilly, an accomplished witch who is looking for an apprentice! Dorothy promptly casts a spell on the witch's nephew (she didn't think it would work) and turns him into a werewolf. Now she must learn enough magic to take the curse off of him. She doesn't seem to have much talent for magic, though....

The Big Adventures of Majoko

While cleaning her room, a young girl named Nana finds a mysterious diary. As soon as she opens it, out pops Majoko, a rambunctious wizard girl from the Land of Magic! Together, these two girls explore a fantastic world full of magic spells, wondrous creatures, and endless surprises. Every day is a big adventure when Majoko is around!

A small witch, Lina, whose life is aimed at by the kingdom. It was a monster orc that appeared in front of her and saved her as she was captured by the guards. Witches that are targeted by humans and monsters that are hated by humans. A strangely warm story of two strange people who met and acted together.

The events in the life of a young girl in her grandfather's care, in the Swiss Alps. Based on the famous children's book chronicling the adventures of the carefree girl Heidi in the Swiss Alps and her friendship with a sickly city girl.

Orphan Mary Lennox moves from India to the English moorlands to live with a wealthy uncle she's never met. The young girl wanders the grounds of her new home and discovers an abandoned garden that's been locked away for a decade. With the help of a nature-loving local boy, Mary works to bring it back to life. As the seeds begin to open up, so do the hearts of those who come to look upon the mysterious Secret Garden.

Makoto Kowata is a 15 year-old witch-in-training who moves out of her parents' home in Yokohama to live with relatives in rural Aomori. She has a lot to learn about magic and living in the countryside, and she's enthusiastic to begin these new adventures. Balancing her days with both the otherworldly and the mundane, Makoto learns to cast magic spells one day and grow her own vegetables the next. With her feline familiar Chito, her nomadic sister Akane, and her cousins, Kei and Chinatsu, Makoto makes the most out of each day - whether she's making enchanted snacks, accidentally summoning a giant flock of crows or exploring ancient ruins on the back of a flying whale!