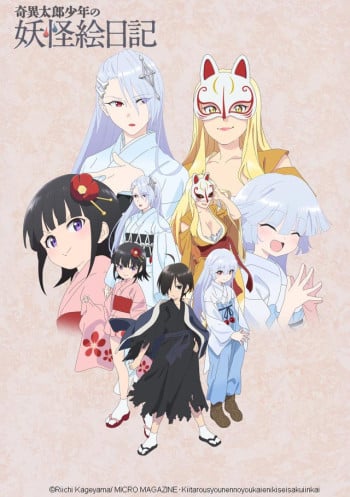 While out for a walk, Kiitaro and Suzu encounter two yokai blocking their path...

Futtachi and the Supervisor of the Threshold

Both series feature a guy discovering the world of youkai, making friends with some, and enemies of others.

Both series feature a young kid getting introduced to the world of youkai, with some more offbeat humour and a fun cast.