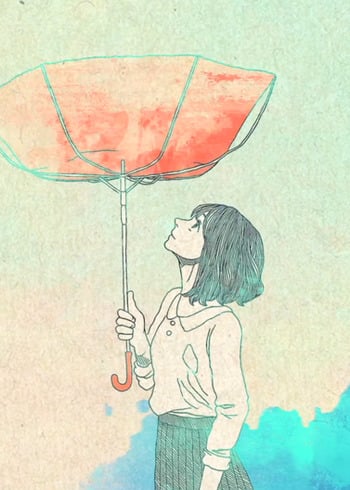 "Let's swap partners..." When Manami hears this request from her trusted boyfriend, she receives a cruel shock. However, not wanting to lose his affections, she gives her body to a man she's never met or even seen before. The one who notices that the unwanted connection is breaking Manami's heart is not her callous boyfriend, it's her swinging partner, Tadano. Tadano has one tryst after the other with Manami at the whim of his selfish girlfriend. When he sees how hurt Manami is, he tries to comfort her with kindness. The time they spend together starts to become very important to Manami. Even though she knows he is someone else's lover, she starts to fall in love with him...

Ai is a fifteen-year-old girl who is living in the bad part of town, with her drunken, promiscuous mother. Her delinquent friends, Kana and Miki, regularly use Ai as bait to extort money from middle-aged men trying to buy sex. Ai feels horribly alone and trapped in a life she does not want. Jun is a fifteen-year-old boy living in an elegant mansion. He has a teacher to give him lessons at home, and he studies the violin. He never leaves his home, though, due to his severe congenital heart disease. When any overexertion might lead to his death, playing it safe has always taken priority over interacting with other people. Jun and Ai, both feeling confined and lonely, find each other through an internet social network on their cell phones. Soon, they have formed a deep friendship and possibly more. But will their affection for each other be able to overcome the extreme differences in their lives and upbringing?

Kate is a professional party planner who is hosting a party tonight for a wealthy American at the special country of Zaad. At the oasis where the party is held, she meets a beautiful young man who she assumes to be the lute player... or perhaps not?

Canvas Under the Overpass

Ryousuke's art is what makes him special, but it also makes him weird. Bullied at school, he hides his art away, but in doing so he ends up hiding his true self. That is, until the day when he meets a girl painting under the overpass who inspires him in ways he is only beginning to understand...

Tokyo is a big city with a population of 12.5 million people. In this metropolis, a man who lives with a mind that isn't easily satisfied meets a woman, and from there a little sad love story begins.