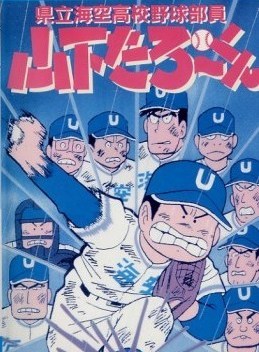 Niimi Katsuya and his best friend Karasawa Susumu, star sportsmen in track & field and judo respectively, spot a beautiful girl, Nakao Yuri, at their new high school. When they find out that she is the daughter of the baseball team's coach, they immediately volunteer to join the failing team in order to try and get closer to her. But as they learn more about baseball, they start to understand what it means to be one of the nine players on the team, and dream of entering Koshien.

Shigeno Daigo is an elementary student whose father, Goro, is a professional baseball player. Inspired by his father, who was once a Major League player, Daigo started playing baseball with the Mifune Dolphins, a youth team. However, he was unable to live up to the expectations of being the son of a professional, and quit baseball after less than a year. Then, in the spring of his sixth-grade year, Daigo's school welcomes a transfer student, Sato Hikaru, whose father is Sato Toshiya, a former Major League player and Goro's close friend. The fate of these two young men begins to move forward!