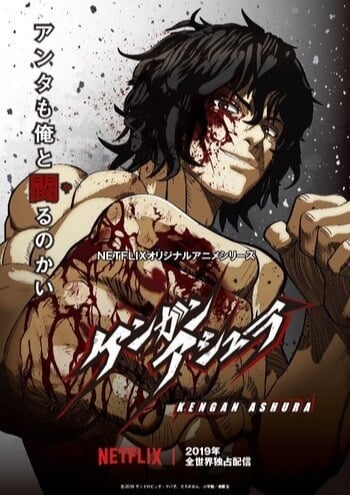 Story: Though the anime does progress really slowly, the anime is really great to watch. Through out every match, they keep including every character background story and how they move like they do. I personally think thay it's great that they do this as it's intereting wheere the charcter is coming from and how they move like they do. However, i feel like some of the characters are becoming a little too op, but you know what? who cares, it's a great watch and here are real good moments where you go "Damnnnnn, this shit is lit." Also some twists are so good mannn.

It's more of a personal preference tho.

Animation: Yes the anime is majoritly made by cgi just like the first season, and by this point, you could say that you get used to it and it looks really good especially with the action scenes. I can't tell if it's improved or not but still looks amazing as hell.

Characters: Getting more op as hell, but i ain't complaining. Some of their back stories are also really interesting too.

Sound: they keep the same opening and ending which i dont mind cuz they soound great!!! sounds in the anime are also good as well.

Season 1 was much much better. This feels like an OVA, or spinoff, since the main characters screentime is almost zero except for Oma doing some dream-like-training..
I wish they skipped a bit of the fights and focused on Kazuo a bit more.

I did enjoyed, and this is my personal take :)