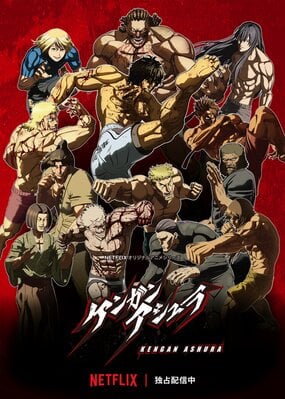 Ohma Tokita enters a hidden world where corporate disputes are settled in brutal gladiator bouts. Forget the money, he just wants to fight -- and win. 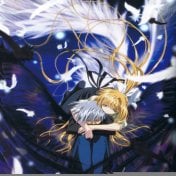 Kengan Ashura provides an interesting tale of bloodsport to fix business disputes. It's your usual high stakes fighting anime, but the animation is flawless and they do a decent job of fleshing out the characters. They aren't the mindless meat puppets that just fight to spill blood. The pacing is on par with the story that is being told. We see a number of matches being fought and also a decent exposition of the plot, without it feeling rushed.  The first season is a built up to the second seaon, in which we'll get to see more awesome fight scenes and a bit of drama. Going in I didn't have high expectations, but I was pleasantly surprised. I'd recommend this one if you're a fan of fighting, blood sport and hunky bulky dudes beating the shit out of each other.

Kengan Ashura is basically a martial arts action-oriented take on the Baki The Grappler format. As a martial artist myself, I personally enjoyed it more than Baki and think that it's Baki the Grappler done right. It has got its strong suites and it has its weaknesses, but I enjoyed it overall. The anime makes for a mix of One Punch Man like Dark Humour with action-oriented martial arts presented in an exciting manner which will catch your attention and keep it there. The story itself is pretty simple, that the largest corporations in Japan hold underground fights with high stakes which more or less determine the rights and deals of these organisations. Instead of the presidents fighting, they hire fighters to do the dirty work for them. The protagonist has his own set of personal problems which he also attempts to overcome as he participates in the Kengan Life-or-Death tournament. Beyond that, the secondary cast also develops as the tournament progresses. The antagonist in the series has a borderline Yaoi love for the protagonist and is obsessed with killing him in open combat while, err... Climaxing with pleasure. The martial arts in this anime leans more towards established and observed facts and official stances rather than myths and mysticism as found in Grappler Baki. Overall, has a storyline which is a bit unique and interesting to watch. The animation is pretty good. The anime uses 3D models which a lot of people don't like, but it's good enough as far as I'm concerned. It isn't the smoothest thing, but it gets the job done just fine. What I really liked about the animation is the fact that they got most of the martial arts moves right and captured their essence pretty well. They showed combat where it was time to show combat. This is in contrast to Baki where combat is mostly just one-sided beatdowns. This anime actually shows the struggle behind combat and even the most overpowered character in the anime actually has to fight instead of just walking up to a guy and crushing them like a can of soda. People are all human in this anime complete with their weaknesses which are accurate from a martial arts perspective albeit dramatised. The violence is also pretty exciting and how it actually is when it comes to martial arts instead of the cult-like Baki violence full of shock content. The violence in this anime can get brutal and there are deaths and severe injuries as well, but they're few and not focused upon too much. They're more like the natural course of events in a fight to the death. All in all, I'd say that the animations in this anime are quite accurate, exciting, and enjoyable. The sound could use some work to be better. At the best of times, it is fine. In most instances, it can a bit difficult to tell what's what. At the worst of instances, it's almost white noise, a deafening cacophony. But it isn't too bad either. It could definitely use a bit of work. Although, I must admit that they did use a wide variety of sounds for combat and put up a lot of accents into the mix. The sound isn't the best, but it could be worse. It could also be better. The characters in this anime are another story entirely. It is full of people with amazing physiques to start off. Even the extras look simply scrumptious. My favourite character would be Kurayoshi Rino, for Plot reasons which should become rather obvious if you watch the anime. But moving beyond appearances, the characters do have their own backstories to them which do have humane content to them. Some of them make mistakes or go adrift from their paths, others are simply born evil, there are those who have great ambitions, then there are those who fight for the sake of others, and finally, there are those who want to prove a point to themselves and to the world. At a few points, it feels like they're just spamming you with character backgrounds to increase air time without having to animate a whole lot, especially since the backstories are often just still frames with sounds. But it all works out in the end. The anime also has a pattern of giving you backstories to certain characters just to make them lose in the end, probably to stoke your empathy on the broken hopes and dreams. Apart from that, even the secondary characters have quite some content to them than simply existing. In contrast to Baki the Grappler, there is much more by the way of content as far as characters are concerned. In fact, the characters and their struggles in the fights and the changing tide of the fight itself is pretty much what adds to the excitement of the Anime. When I think about it, this anime does everything better than Grappler Baki including the story, the animation, the sound, the characters, the combat, the martial arts, the action, and dialogue. Baki still takes away the machismo, shock, gore, and cult factors. But as far as this anime is concerned, the storyline is good enough for an anime of this genre and the backstories are actually surprisingly good. The animation is pretty good and even though it is CGI it compensates with the accuracy of the animation and the excitement factor inherent to it. The sound could use more work. And the characters are actually pretty good as well. This anime is probably not the best of anime out there, but it definitely is a good one. I would definitely recommend this if you have watched Baki the Grappler or wish to watch it. Or even if you want to watch a martial arts anime nonetheless. It simply portrays the elements to martial arts and combat quite accurately and the only other anime I've seen which does it better would be Hajime no Ippo.

Kengan Ashura is not bad for a fighting anime. It has a far-fetched but interesting premise in which corporations use 1v1 fights to resolve disputes. The story itself is not much more than that. All the fighters want to be the strongest, and all the businessmen want to be the head of the Kengan organization that sanctions the fights. They introduce a lot of characters and give at least some backstory for each. It's not much and there are tons of tropes and cliches here, but it's passable since the focus is really on the fighting. They do a good job building up matches. Showing fights before the tournament helps establish certain skillsets and abilities, so you have some expectations and anticipation for the real tournament matches. There are superhuman abilities, which are fairly well-explained, have limitations, and are not too far beyond reality. I appreciate that the series generally stays somewhat grounded and is consistent with fighters' capabilities throughout. The animation is odd. Fighters are 3D-modelled. It's a sort of cell-shaded look that is a bit non-traditional, and other non-fighters are typically 2D animated (or at least, they appear so). I didn't like the CGI look in first few episodes - looks great in snapshots, but not so great in motion where characters move a bit stiffly and awkwardly. But, they either improve significantly or I got used to it, because the fights toward the latter part of the series were great. Compared to Baki (also on Netflix), Kengan Ashura is much better, imo. If you want more absurdity, gratuitous gore, and arbitrary fight outcomes, then go for Baki. On the other hand, Kengan has a slightly better story and characters, and a focus on techniques that provides far more interesting moment-to-moment fights. 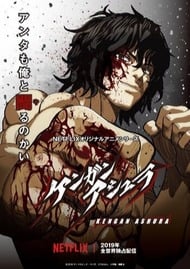 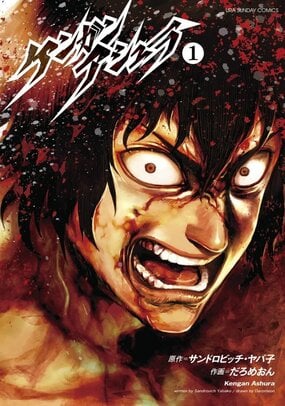