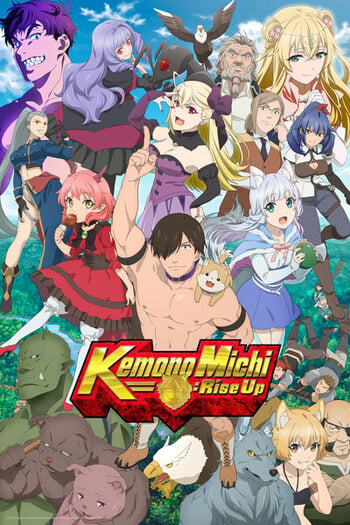 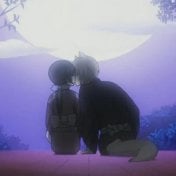 So you want another comedy issekai with a quirky female harem? Look no further than Konosuba. Protagonist isn't as beefy or oblivious, but they're very similar shows in different settings with a similarly absurd sense of humor.

With their greatest enemy defeated and peace seemingly restored, Inuyasha and his friends each go their separate ways continue on with their lives. But when a full moon keeps rising night after night, our heroes know something new is amiss in the land -- a threat caused by a demon of immense power. Named Kaguya, this powerful foe plans to shroud the world in eternal darkness! And thus, Inuyasha, Kagome, Miroku, Sango and Shippo must unite once more to put a stop to Kaguya's evil plans, to once more attain peace and keep the sun shining...

Third season of The Rising of the Shield Hero.

With plenty of demons still after the magical Shikon no Tama shards, Inuyasha and Kagome continue their search bravely. But when one of those shards awakens Menomaru, the son of the strong demon Hyoga who was sealed away by Inuyasha’s father, they run into a power far greater than any before. Even after mastering the ultimate attack of the demon sword Tetsusaiga, can Inuyasha do what his father couldn’t and finish off this monstrous demonic power, or is every soul in the world doomed to be consumed by it?

Naraku has completely tainted the Shikon jewel, and with only a few shards left to claim, he’ll soon be invincible. Inuyasha, Kagome and the rest of their companions are the only ones who stand in the man’s way, and he’ll stop at nothing to see their demise. But the motley crew of heroes has their own personal hurdles to overcome on the way to victory, such as Kagome settling her rivalry with Kikyo, Sango coming to terms with her living corpse of a brother, Miroku’s impending demise from his ever-widening wind tunnel, and Inuyasha’s quest to discover the true purpose of the two swords left to he and his brother, Sesshomaru. One thing’s for sure, the gang’s struggles will only make them stronger as they prepare for the biggest battle in the history of feudal Japan!