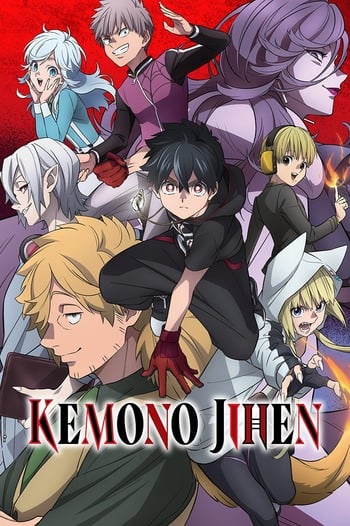 Featuring characters who solve problems with youkai and other supernatural beings in a contemporary setting.

It is said that the spirit who stood at the helm of the night parade of a hundred demons was the supreme commander of all monsters and lord of Pandemonium, Nurarihyon. Young Rikuo comes from the bloodline of Nurarihyon and is one-quarter demon. Though he has the ability to communicate with, and command youkai he has no intention of succeeding his grandfather as head of the Nura clan, instead choosing to live a normal human life. However, with his family and aides all waiting for him to fully accept the succession and his ‘Night Rikuo’ alter-ego determined to become the next leader, can the young schoolboy fight his fate as a Nura to lead the night parade?

Midnight occult civil servants: The Blind Alley, The Boy, and I

When Arata is tricked by three foxes, Reiji tells the story of how a fox caused him to meet Theo fifteen years ago by trapping them together on the grounds of a shine. Working together, the two young men aid the Another in lifting a Kodoku curse.