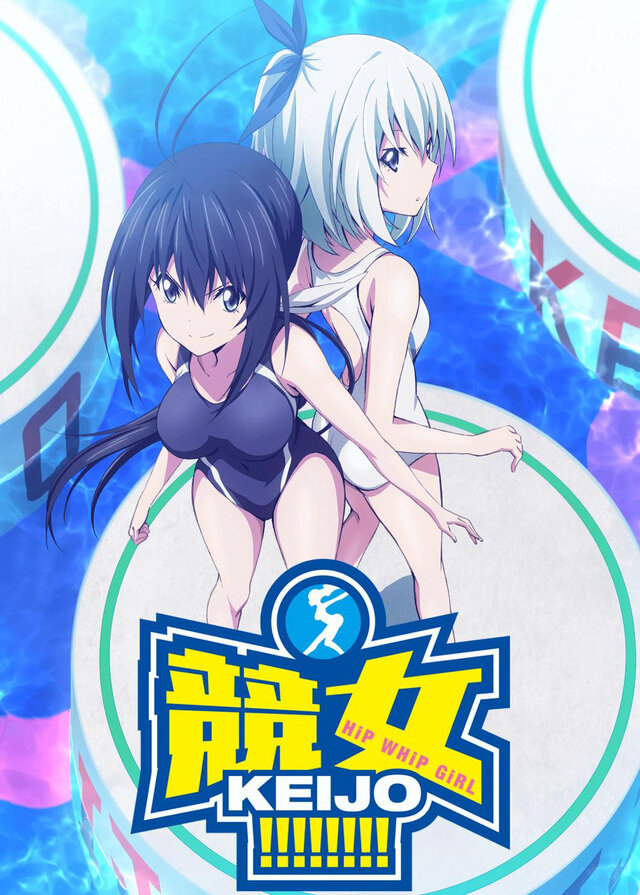 It always amazes me that people complain about anime they know they won't like, but watch anyway. This is one of those animes.

Let's be honest, I'm not watching this for the intriguing plot details, and neither are you. You're watching this for some mindless fun, or other reasons which I'll leave out for the purpose of this discussion.

So, basic plot. Girl enrols in school which specialises in teaching them about the sport Keijo. This involves a bunch of girls standing on a platform in a pool and knocking each other off with their boobs and butts. If you're gonna complain about this, then seriously, why did you click on it? That's your fault, not the writers and animators. You got exactly what you thought it was

That's all from me, screw the haters

Strong and sexy women slamming their boobs and butts into each other. Could there be a better synopsis for this anime? I don't think so

Surprisingly Keijo!!!!! is a pretty good series (I also read the manga). The concept may seem pretty silly, and watching it out of context is pretty messed up. But if you watch it properly (Or read it) you'll find that it explores the relationships between the girls really well. The main character is a classic people person. She looks like an over-friendly idiot on the outside, but is actually incredibly perceptive of others

Of course the fact that it's cute girls with nice bodies fighting with their curves makes it more appealing, but it's still good. Their attacks are a little over the top and ridiculous but what can you expect from a shonen anime?

Personally I see this as a pretty feminist series, in its own way. The girls all chose to join the Keijo league and they're all celebrating their bodies and strength with each other. You may not feelt he same, it's just my opinion

Anyway, if you like sexy girls bonding over bikini clad booty battles then watch this, it's quickly become one of my favourites

This show was totally not on my radar at the beginning of the Fall 2016 season.  After a few weeks, I've heard how fun this show was so I decided to take it up.  Thank goodness I did.

So Keijo is a sport where sexy women in bikinis try to knock off one another off a platform floating on water with nothing but their butts or boobs.  The whole premise is absolutely ridiculous but everything else that happens is what makes it.  What I didn't expect is the ridiculous amount of techniques and super powers one can do with their ass or tits.  The moves keep escalating too.  Each week I keep saying that there's no way they could top the previous episode only for them to do so.

For the most part this was one of the big reasons why this show is so good.  The amount of detail and effort they put into it is more than it deserves.  The one bad thing about it though is that the quality took a severe nose dive in the final episode which really sucked.  You could really tell that it's different.

The music they put together for the show set the atmosphere.  With the premise of the show being silly you'd thing they'd play to that.  Nope.  They make the atmosphere feel like it's life or death and presented every battle such seriousness.  Sure it clashes but it's great.  Then there's the SFX for the action.  They're just silly but they still somehow add to the hype.

They had a decent size cast with the lead being Kaminashi Nozomi, whose goal is to become the highest earning Keijo player ever.  There feels to be something missing to why she's like that.  Also, every other character besides her is far more developed than her like her best buddy Miyata Sayaka, who quit judo despite being a top talent to be in Keijo.  If anything, she's the most developed (not physically) character in the whole cast including an intriguing backstory.  A lot of characters in general seem to be missing any sense of motivation as well.

As I said earlier, the thing this show does is escalate higher than you think it will.  I made the mistake a lot to think there was no way they could top the previous episode with the crazy powers they have, along with the funny naming, but they do.  Also the show is better than it really should be given the material.  It's quite becoming a cult hit already.

Unlike a certain person on here crying about a show. I will leave it simple, this show is not intended for those who are offeneded easy. This show is about girls using their butts and breast to play a sport. While there is no real ploy being only 1 episode in there is humor and more than enough fan service for everyone to enjoy. This show is not really intened for kids, and if you have not lived under a rock for the past 5 months you have certainly seen the PV for it, if not youtubers talking about it.
The overall show isnt bad, its actually prettty above average. No its not sexist, its anime. If you feel that way about cartoon women please seek profressional help and god speed on your recovery. THis show being from Xebec clearly indicates there will be a fair amount if not plentiful fan service. Watch with caution on your sensitive feelings and try to enjoy the hard work someone put into giving other entertainment.

Animated boobs and butt fights, Keijo!! is most porbably the most famous anime this season. Echii and action mixed , Keijo has simply amazed me with its animation and music. Basically , Nozomi Kaminashi the main protagonist has enrolled in the Keijo academy so that she can become a professional Keijo player and help her family financially. There are two classes , Normal class and the Elite class. the Elite class has the facilities of a five-star hotel while the normal class with normal facilities. Four Keijo players at a time fight.. or they call it a race , race on a floating platform called "land" to knock each other down. The last one to be on the land is the winner and recive a huge cash amount.And what do they study on the academy? Asstrology and Boobology ofc.

They really did a good job on these two. The animation and the sounds were the best part of this anime imo. The fine character designs and the orchestrial background music , the opening and ending , you just cant skip them easily.

Overall , you wont get super action story plots , we all know we just watch this for fun , and lets keep watching for fun.