Kaze no You ni 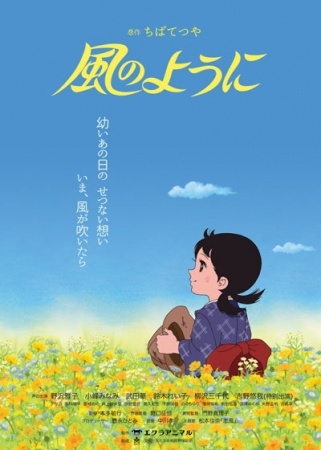 This story is about the life of two very strange housemates; a cheeky kid named Ino and an anti-social grown-up called Roku. Ino, who was passed around from one relative to another, grew up in a city but one day he had to live in a rural area in an old and isolated house with a young man named Roku due to some problems with relatives…

Amano Hinata, a high-school boy, lives a quiet life in the country. One day, a light-haired transfer student, Kazama Ayato, arrives from Tokyo. In such a small town, it's not long before Hinata runs into the laid-back, absent-minded Ayato, along with his lively younger siblings: Hayato, Ikuto, and Chiyoko. It's going to be quite a challenge for the Kazama family to assimilate into their new community out in the country!

After losing her job, a woman in her mid-twenties returns to her hometown in the countryside and has an unexpected encounter.