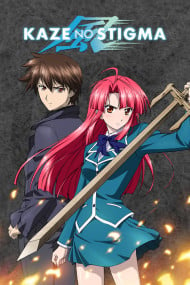 As much as I REALLY liked the concept and story of this anime, and even some of thecharacters(Particularly Ren who was just adorable) there were certain things that I just couldn't get past. 1) I'm not much for foolish love stuff messing with an actiony anime 2) I'm pretty sure the main love interests are COUSINS and therefore I was really disapproving 3) Ayano, despite her improving slowly, was obnoxious and Kazuma never really changed. Each had good points, but this issue was that other than Ren, who matures during some of his screentime, there wasn't a lot of change. Ayano is still a ridiculously overpowered, over emotional, jealous, and annoying teenage girl. Kazuma is a jerk for messing with her and doing so CONSTANTLY, REALLY ridiculously overpowered, and kind of flat emotionally which, as refreshign as it is from Ayano's over the top-ness, was boring.  If it had just been about a family of magic users and their battles in the magical world, I probably would have really liked it, it was still GOOD, but, the romantic aspects and lack of change in character I saw really put me off, and I don't really know if I want to continue it.

This anime was really good, and it wasn't like what I expected. (And being a big fan of shakugan no Shana... for a while every time I heard the main girl speak all I could say or think was "is that you Shana”)  The storyline was unique and different to other storylines that I have come across which made this really good and so close to perfect.  The animations in this were amazing and right for the anime.  The characters are very... unique as well and very interesting to say the least. I love the main guy (Kazuma) the best as he has a very strange but funny personality.  My overall opinion on this anime is that I loved it and it was so close to perfect (I wished it was longer or a second season :( ) 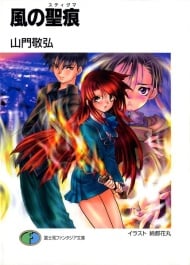 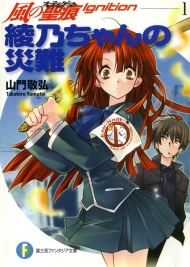 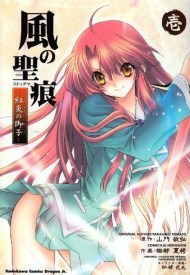 Kaze no Stigma: Kouen no Miko