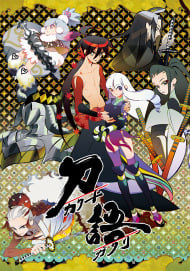 In the wake of a rebellion that shook Japan twenty years prior, Togame Hida, general director and strategist for the army, seeks to obtain the 12 "deviant blades" created by master swordsmith Shikizaki Kiki to help add stability and security to the Bakufu government. To aid in this endeavor, she looks to enlist the help of Yasuri Mutsune, head of the Kyotou-ryu school and hero of the rebellion. But when she arrives on the island where he lives in exile, she finds him dead, succeeded by his skilled yet slightly daft son Shichika. Undeterred, the two set off from the island in search of the swords armed only with Togami's sharp strategic mind and Shichika's powerful, swordless Kyotou-ryu. 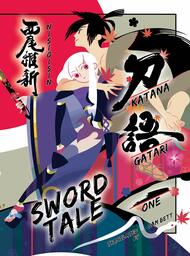