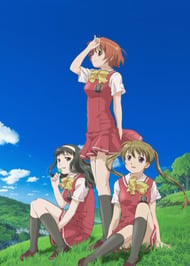 RandomRedneck here, with another review of something I saw. Got a problem with my opinion? Then go read something else. Warning, spoilers ahead. Today, I give my feelings on the OVA wrap-up to Kashimashi ~Girl meets girl~, Kashimashi: A girl falls in love with a girl. The story picks up a few months after the final episode of the show, and already, there's an issue. Remember that tear jerking, emotional riverbank scene between Hazumu and Tomari during the final episode? Yeah...rendered utterly pointless by the story of this OVA. Apparently, soon after that, Hazumu gets dumped by Yasuna. Yeah, the same Yasuna who she rescued from crazy town during the final episode. The same Yasuna who she gave the big "I love you" speech to. Apparently, she felt she'd become to dependent on Hazumu emotionally. Translation, the writers couldn't pick which ending they liked. Probably why this thing even exists. The animation is about the same as an average episode. It gets a higher score from me due to the big showy, stained glass window marriage sequence...thing. Yeah, I said marriage. Get to that in a minute. They didn't really reach outside the box for the music. Its that same sad violin and piano score you heard in about every other episode of the show. Nothing too special on the character front. Anyone who isn't Hazumu, Tomari, and Yasuna pretty much just take up space here. Now, back to that marriage thing I mentioned. In short, Ayuki gives another one of those grating "Step on/off the stage speeches" to Tomari, and pretty much drags her off against her will to the mountain, where Hazumu is waiting. You can probably guess what happens next. "I love you. I love you too" kiss and end it right? Wrong. I wish it wasn't, but wrong. The cheese gets turned on something hard here. I honestly think I became lactose intolerant after this thing. Jan-puu-chan magics the two girls up some wedding dresses, they climb the stairs to the previously mentioned stained glass window thing, and they have some kind of weird marriage ceremony thing. And they kiss. Over right? Wrong again. They all fly off in a magic sleigh thing. Yes, this thing devolves into a Christmas special from Japan near the end. And Sora and Namiko apparently get together if the 2 second scene of them warping off is any indication. So, to summarize, this thing is probably gonna draw one of two opinions from you. It's either a sweet, if albeit corny way to end the show, or a cheaply thought up OVA, designed so the writers could have two endings for the price of one, and give you the most sugar coated finale you've ever seen. I am firmly in section 2. So, if you want (and probably will, since this is the shows official end) to see how the story wraps up, enjoy cheesy finales, or were just a Hazumu-Tomari supporter, check out the finale. If you're anything else, you aren't gonna be wowed. Yours truly, RandomRedneck.

Well, it’s hard to talk about a OVA with one episode. I’m lumping it in with the rest of the show as it seriously makes no sense for me to go back to this show after I’m done with it. And since I know some trolls out there… *looks at Kai and Kurai* that would want me to do the OVA, I’m doing this.The characters are not as stupid as the TV part but they don’t have the right personalities. Everyone is really just pissing me off because they go against what the TV version of them was saying and doing. And it felt as if they were forcing characters do get together which the main story line was all about Hazumu deciding. And in the end, they fucken do a marriage thing which went to fast!Animation and English Voices are really bad still like the first.In the end, there was no reason for it, just as we didn’t need the OVA of Green Green and the whole thing of Eiken. It just meant that no matter what you choose, you will be forced to be with someone weather you like it or not. 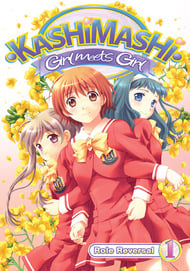 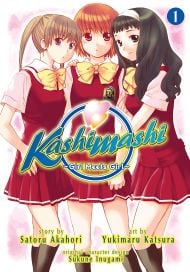