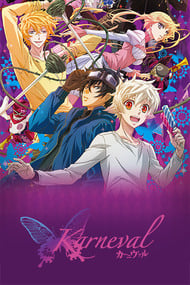 Nai’s friend Karoku is missing, and the only clue to his disappearance is a mysterious bracelet. One day while travelling, a young thief named Gareki saves Nai from a monster and takes an immediate interest in the trinket he carries, as it is the insignia of Circus, an elite group who travels the world capturing notorious criminals. Together, the two decide to track down Circus and see if they’ve taken Karoku, but luckily, the group finds them first. Unfortunately, they have no idea who Karoku is or why he had one of their identity bracelets, but in the hopes of getting to the bottom of the matter they offer their assistance. Now, Nai, Gareki and their new friends set forth to find Karoku, but with more questions piling up each day will it be possible to achieve their goal?

I normally don't write a review about an anime I dropped but I already read the manga so I'm really confident about my review. Story: (30/100) Allow me to try and explain the plot of this series. Karneval is about a boy named Nai who is searching for an old friend and his search brings him in contact with a young pickpocket named Gareki. These two are soon thrown into a battle between the supernatural Government defense force known as Circus and a evil supernatural organization named Kafka that develops these demonic creatures called Varugas. Gareki and Nai join Circus as both Kafka and Circus are interested in Nai who isn't as human as he appears. This is basically what you get from watching this series. Animation: (90/100) Okay, lets try and talk about the good parts in this series. Karneval has stunning animation which is kinda saddening when you think about it. It's like the producers knew this show was going to blow so they tried to make the animation as beautiful as possible in an effort to distract you from the plot which is also strange since the plot is non-existent. The character designs are glorious and so if there's anyone looking for a good cosplay, you might want to check out Karneval. Music & Sound: (25/100) Music? Well the opening song is definitely great but the soundtrack is forgettable, hell I barely even remember what music played during most of the show. The voice actors are on point though. Characters: (30/100) The story for this anime isn't as simple as you think and the characters leave a lot to be desired. At first you think it's about finding this guy Kuroko who this mutated creature turned human (Nai) is looking for, then you think it's about Circus protecting the world from Kafka. All in all, the real question at the end of this series is what use is there for a character like Nai. Even after learning about what he truly is he still seems to serve no purpose to either Circus or Kafka. Nai and Gareki are basically the main characters but after a while (a short while), Nai becomes nothing but a background character and all the interesting people (which are few) are just his bodyguard. The only characters I actually liked was Tsukumo and Kiichi, only because of their design and their badass natures. Everyone in this series is pretty much eye candy. Overall + Entertainment: (43/100) + 3 Karneval is a series bridled with glorious animation and incredible character designs but a pretty bad story line. The only ones that might actually find this series interesting might be Fujoshi for the massive amount of Bishies and shounen-ai moments. The music isn't very memorable. The only good music for this series is it's opening song. There really isn't anything going for this series, even the action sequences are pretty dull and very short. A plot? Karneval attempts to have a plot but is then sidetracked by something like Gareki's past which does nothing for the story and some carnival shows that are visually entertaining but do nothing for the plot.

Yes! Karneval! One of my favorite anime! Story(9/10)- Not original, but it is very interesting. Even the the first episode was action-filled, it felt a bit slow paced. But that is good in this case, because you need to get attached to the characters. i couldn't wait a week for each new episode to come out. They keep you wondering if the characters will be okay. Art(10/10)One word: BEAUTIFUL. Touya's art is just amazing. The characters designs are very interesting. I think this is one of the only anime i have seen where they change clothes often. So they are not just stuck in their chosen clothes. Yes, there are bishounen and bishoujo. I, for one, like beautiful characters, but that's not all i pay attention to.  The colors are bright and vivid, which can keep your eyes glued to the screen. Sound(10/10) Well done. The voice actors are brilliant.  They really bring the characters alive. Hiro Shimono did an amazing job at making Nai innocent and adorable. The famous Hiroshi Kamiya and  Mamoru Miyano did absolutely outstanding jobs with Yogi and Gareki. Aya Endou, Tsukumo's voice actor, has a beautiful voice, and not annoying like most female characters. Hirato's is the mysterious yet sexy Daisuke Ono. Characters (10/10) There are only 3 instances to where this happens with me. Inuyasha, Hetalia and now Karneval. These are the only anime that i actually like all of the characters except for one or two. Nai- Too adorable for words. Seriously. Whenever he shows up on the screen and starts talking, i just start smiling like an idiot.  He is a young boy, who doesn't really understand human emotions. He tries his best for everyone. Even though he thinks everyone gets hurt because of him. The way he interacts with the rest of the cast is to cute for words. He doesn't know how to use vocabulary very well, but he is improving.Even though he doesn't show it often, he is  brave and he is always concerned about his friends.Gareki-  A thief. He doesn't like showing his emotions to other people, but he is very caring, so you could call him a "tsundere". He is smart, even for his age. His friendships with the cast can be very heart-warming and hilarious. The way he interacts with Yogi is just....i don't even...The past episode was very funny with these two. He looks after Nai, kind of like a brother, but sometimes abuses him by throwing books at him. Minor spoiler, not important  though, but when Gareki finds out about Nai's origin, you can see Gareki blushing and scolding himself for being such an idiot. Deep down, you could say he actually cares for Nai.Yogi- Even his name is funny. Miyano really brought this character to life. His interactions are very funny. Despite his childish nature,  he is very strong, even though he dislikes fighting. Tsukumo- One of the few female characters of anime that i actually like and can tolerate. Though she doesn't show up much, Tsukumo is a  beauty and is very strong. These past couple episodes that involved her really had me on the edge of my seat. I kept asking myself "Is Tsukumo going to be okay??" This past episode, the beginning,  my stomach dropped. But i was very please with the ending.Out of all the characters, i don't like Jiki and Kiichi. Overall (10/10) I really enjoyed this and i', already  started on the manga.  I only wish they had more episodes. I am truly sad it ended so quickly. I recommend this to anyone who likes fantasy and can actually look past the bishounen. 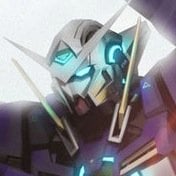 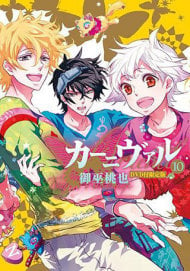 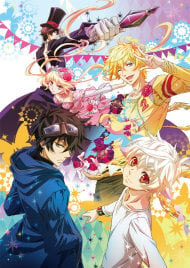 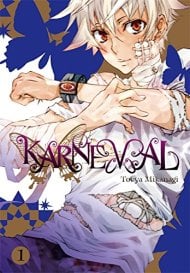 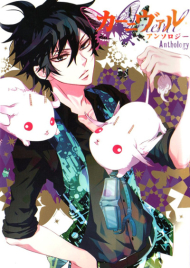