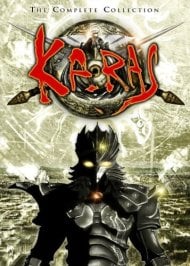 Karas is a hollow attempt to sell a book based on its cover while the pages inside are nothing but incomprehensive doodles. It is a show that is pure guilty pleasure yet pretends to be sophisticated and mysterious to the most part when in reality it is just monkey writing poetry. The first episode is exceptionally captivating, as the animation sequence during the fight is not only amazing, but it also foreshadows some sort of very mysterious story around beings from another dimension as well as the future of mankind. I was sold on it.Unfortunately, the rest of the episodes are far less interesting and the mystery ends up being something my 5 year old nephew could come up with. The battle choreographies were hardly as interesting, the detail in animation kinda dropped, the characters quickly became boring and unoriginal, and the whole thing with the salvation of mankind meant nothing as there was zero empathy with the cast. It was all a completely dried up story with cardboards blowing shit up.So what is the story anyway? Well, each city has its supernatural protector called the Karas, who fights demons who want to harm it. The current Karas is after a team of mechanical monsters who want to destroy the city as means to terrorize humanity and reminding them of their power, a thing people forgot because they stopped being religious and believing to superstitions. Their ringleader is also the former Karas of the city, who got fed up in protecting uncaring people and now wants to give them a lesson. The main idea is very interesting I must say, as it makes several allusions to how the modern way of life is dehumanizing us and keeps us away from nature and respect for traditions and the past in general. Unfortunately, these notions go by in passing and you are never made to feel sympathy for the poor spirits who are neglected from humanity or empathy for the villain’s goal. It all happens in a completely dried of emotions way and you are given no reason to care about the cast or the setting in general. The lead character for example is not even a real person. He is a tool, a machine that the “will of the city” creates in order to protect it. Thus he has no free will of his own; he is just brainlessly chasing and killing the demons just because he was created for that purpose. Where is the interest in that? The main villain on the other hand is far more interesting for going against his reason for being and trying to improve the severed relations between men and spirits. Yet even his goals are hardly mentioned for most of the show and when he actually puts them into motion you are again given very little reason to care since there is no emotional connection made with the people of the city. You don’t care if they live or die, you don’t even care about the various investigators or that random chick messing with the battle between the Karas. In all the best part of the series are the production values, which are amazing in terms of action and detail in the way the city looks industrialized or how bizarre the spirit world is. The soundtrack is also fitting with how each characters should sound (not hard since they are all simplistic) or how the background music would fit in each case. Yet even these are not enough to keep you interested all the way, since you are given little reason to care about the combatants and their reason for fighting. Also, only the first and the last battles are actually the truly amazing ones in terms of excitement, with the in-between being rather passable. In all, the series made the mistake of not transmitting emotions to the viewer and not fleshing out the setting properly. It all ends up being shallow and forgettable, despite dealing with some really heavy subjects and having interesting artistic concepts. Too bad.And now for some excused scorings. ART SECTION: 10/10 General Artwork 2/2 (artsy) Character Figures 2/2 (cool) Backgrounds 2/2 (detailed) Animation 2/2 (smooth) Visual Effects 2/2 (lots of explosions) SOUND SECTION: 7/10 Voice Acting 2/3 (corny but fitting with the feeling of the series) Music Themes 3/4 (not great but fitting with the feeling of the series) Sound Effects 2/3 (ok I guess) STORY SECTION: 5/10 Premise 2/2 (interesting) Pacing 0/2 (messy) Complexity 2/2 (rich context) Plausibility 0/2 (none) Conclusion 1/2 (cheesy) CHARACTER SECTION: 3/10 Presence 1/2 (generic) Personality 1/2 (typical) Backdrop 1/2 (generic and simplistic but it’s there) Development 0/2 (none) Catharsis 0/2 (none, they refused to change) VALUE SECTION: 3/10 Historical Value 0/3 (none) Rewatchability 1/3 (maybe just for the action scenes) Memorability 2/4 (cool visuals and ideas but a very mediocre presentation) ENJOYMENT SECTION: 2/10 Art 1/1 (looks great) Sound 0/2 (sounds meh) Story 1/3 (good ideas but dull presentation) Characters 0/4 (they are cardboards) VERDICT: 5/10 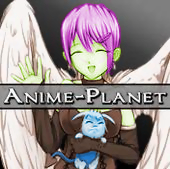 I don't like long walls of text so this review will be short, in form of strong and weak points: I liked music in Karas and ending was really good. Although voices of characters were pretty bad, especially Yurine was terrible Animation was really good, and integrated 3D computer art well, but it's not the style I like the best so it's only 7.5. Characters were not bad, but there was something missing. 6/10 Story was overly pompous and trying to be better than it really is. Reminded me of Power Rangers, and no, it's definitely not a strong point. Action scenes were quite good So, you'll enjoy it if you like action and good music, but don't really care about characters or story. If you do, you will most likely be disappointed.