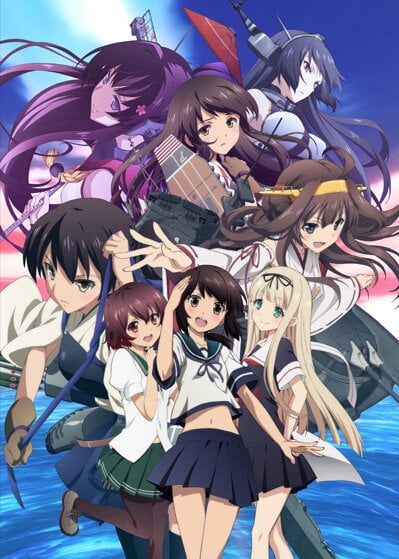 The Operation to Capture W Island!

Don't Compare Me to the Girls in Carrier Group Five!

Destroyer Division Six and the Battle of the Curry Seas!

I Hate Carrier Group One!

Let's Do Our Best!

Enemy Planes Dive-Bombing From Above!

Spoilers **BEWARE** Kancolle is huge, and to be honest, I never expected an anime this soon in all honesty. I knew it as a huge only flash game that was played worldwide, and so it didn't really capture me in all honesty, but I did know the backing which fascinated me a lot. Somewhat along the lines of Strike Witches, Girls are now Battleships and are fighting what knows as the Abysal in hopes to take back the sea that was once theirs. Thats what Kancolle is all about, and now the anime is released its a little different in apporach. The story uses Fubuki as the main character, who out of all the girls in KanColle, is a little bland and generic. A nice thing about Kancolle is its details to making some fascinating and original characters by mixing their peronsalities to a boat. Makes a cool mix with some, but they do use a lot of very generic characters in my opinion which could've been swung around and had a lot more to offer. It starts off as a very slip'n'slide anime, with huge slice of life moments and nearly no action what so ever. A huge no for some, which i usually dont mind, but the action really does pick up as it goes on, and the last episodes events are rather Amazing. Althought the story is a little lacking, being as 3/4 of it is a huge slice of life part, with some nice educational parts so you know some of the features from the game, the actual battles themselves are what strike me more. They are animated nicely, and even though i expected some more detail in the water being as its 90% water, the 3D for the girls are extremely nice. from their 2D look, they look almost identical which is amazing, considering 3D sas always been abit weaker. There aren't any animation issues or mess ups in the 2D, and the 3D is made nice and clean. Its a nice piece of Eye Candy. I think it's worth a mention, but this series has an absolute killer OP and ED. I tend to watch both once and skip throughout the series, but hot dayum, the music was absolutely amazing and found myself listening to both. A few other things made this nicer for me. I think the biggest one is admiral, which I think some may think was silly how you dont seem him, but in fact, he cant be shown. Whether you know or not, Admiral is actually YOU. Yes, you are Admiral. And since admiral doesn't have a face in game either because it is you, they make sure to keep it that way. Bath time means repair time which is damn cool, which they actually show a lot of, and another one that was cool was the "Quick Repair" buckets, another odd yet nice detail from the game. Lastly, know those characters that can randomly eat a supermarkets worth of food and not gain a gram in weight? Well that happens here, but within reason. boats need fuel, so do humans, and funnily enough, bigger boats need more. What was cool to see was "Oh my, she can eat a lot" is often related to their roles and how big they are as a ship.  Unfortunately, I think KanColle is more fan service for existing fans of the series, but could become a nice entry point for some new fans too. Some characters have nice and original feature, whilst some are a little bland. The main story is kind of left aside while the slice of life for fubuki is kind of the main story here. Music is good in my opinion, music throughout the series doesn't shine too much though. Anime Rating: 6/10 (Average, but with some nice touches to hit it above) My Rating 8/10 (Really enjoyable, Loved it a lot but it needs a lot more to hit that 10)

Being a an amateur historian of the Imperial Japanese Navy since 1998, I decided to check this anime out. I was pleasantly surprised...the writers and artists put a lot of effort into historical accuracy concerning the girls' combat rigs, and incorporating various events into their personalities (such as shipgirls who served in the same division in World War II being quite close as shipgirls, Kongo being an Anglophile as she was built in England, etc.). I also found the inside joke of 'the bigger the guns, the bigger the bust' to be quite funny. I know a lot of people have gripes that Fubuki was chosen to be the main character, but I really didn't have a problem with it. While I wish the anime could've been longer, they picked a good stopping point for the first season (post-Midway). Taiho's appearance at the end was a pleasant surprise. The 'slice-of-life' aspect was also great, as it showcased World War II warships adapting to human bodies and life in the 21st Century (Episode 6 which centered on the adorable DesDiv 6 and the curry competition was cute beyond words). All in all, if you're a fan of history or the IJN, check this one out...it's one you can watch over and over.

First some items I need to adress. I'm Dutch to expect some spelling errors, if they are to annoying just message me and I'll fix it. My opinion may vary from others and this is fine. People are different so there is a good chance that I will not like what you love. Deal with it. I'm not telling you that you should hate it too, I'm telling you why I didn't like it. I'll try to keep swearing to a minimum but fail utterly on occasion. In general it is the more the anime pisses me off the more I swear so watch out for the low scored ones. Art: Art is fine as it should be for a modern anime. There is a lot of use of CG, especially in the navy scenes. Overall it looks fine but occasionally it is very noticable.. Sound: No real complaints actually, it's pretty ok. Voice actors are good and I don't remember any music either. This is how I generally prefer my anime. Characters: The main character is Fubuki. As a new type destroyer she joins the naval batallion and tries to fit in. As a new type she does have her problems though but she works hard to overcome them. Story. One day Abyssals came from the deep oceans and started a war with Humanity. Now locked in a desperate battle, Humanity, can only rely on those rare girls who carry the souls of famous battleships from the past. Fubuki is a young girl who carries the soul of a new type destroyer. Her mission is to fight the abyssals and defeat them. Rant. What to say about this? Is it stupid? Yes, gloriously so. Forget any logic when watching this anime as there is very little to be found. The story is about young teenage girls who have inherited the souls of famous warships, mainly those from WWII. These girls then attach ship parts to themselves and sort of skate or ski over the ocean. How did these girls get to have the soul of a warship? Don't know. Who are the abyssals? Not told or explained. De we care? Not really. Does any of it matter in the end? Nope. I kind of liked the gimmick of the girls carrying some sort of superstructure and the way they fight. The carriers use bows to fire arrows which then transfrom into an airplane wing that attack the enemy. The really funny part is that the planes are piloted by tiny pilots that look adorable. Every time I see them it gets a chuckle out of me. 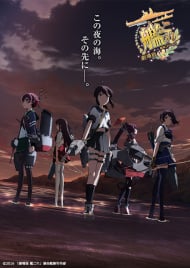 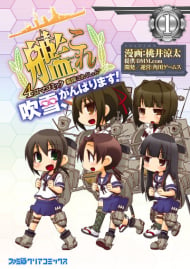 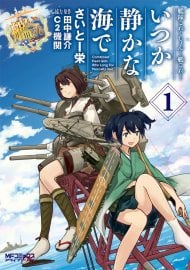 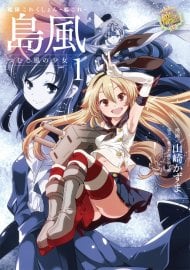 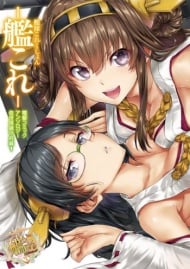 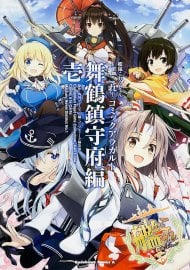 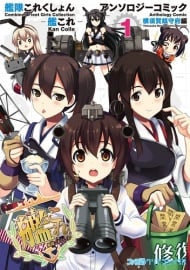 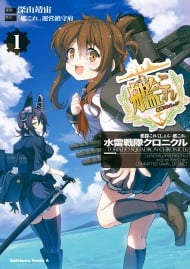 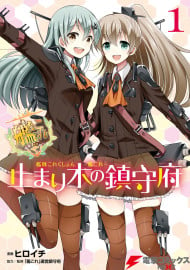 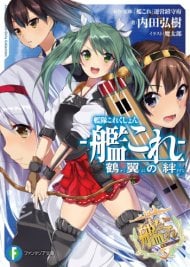 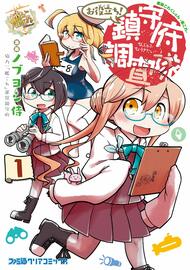 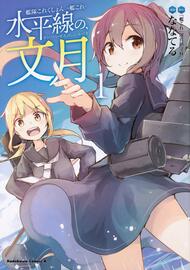 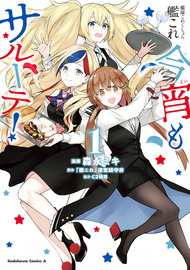