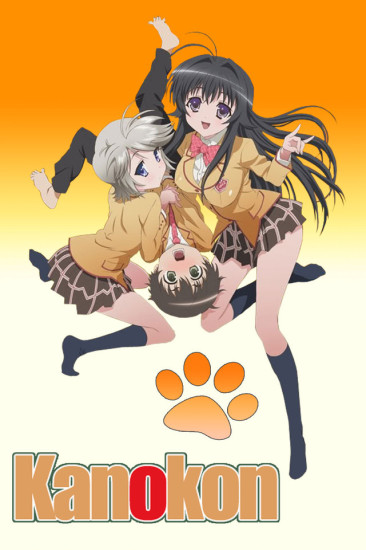 Ariel is an angel, a being that exists to reward good deeds by granting small wishes that appear over people's heads. But one day, she encounters a girl whose wish neither she, nor any previous angel, could read. Aiming to grant Kirara's unknown wish, she descends upon the human world to meet her personally, but Kirara's mind isn't as innocent as her mountain of good deeds may suggest.

First year high school boy Shin Yuki stumbles one day upon his naked childhood friend reenacting a sensual novel with an mannequin in an empty classroom. Yukino Kurose, a third year student, loved to reeanact stories with Yuki's help from books when she was a child, to discover how the characters in the story felt. This time she got herself a sensual novel and asks Yuki to help her out with her reenactment again. Otherwise she'll have to find someone else, because mannequins are not enough. After a quick deliberation Yuki decided to help her out, because he doesn't want anyone else to see her naked.

Jinna Amakura was a typical, if not a bit stingy, high school boy. Typical, that is, until he died. Or... at least he was supposed to die, but he didn't. Jinna is now considered by the powers that be as a "Soul Irregular".Enter Nagi. Nagi is a Grim Reaper on her first job - to kill Jinna and return his soul to the proper cycle of life and death. If she fails, she will be turned into her favorite dessert and eaten by the head of the Angels of Death. Not only does her job start off as worse as it possibly could, but Nagi and Jinna form an almost friendly, if not unusual relationship... just wait till her boss finds out...

This story is about a (un)lucky guy who gets sadistically and sexually tortured in unconventional ways.

Our naive protagonist proposed to a female character in an online game, only to find out that this player is actually a guy. Traumatized by that, he decided to never trust a girl online, but now, two years later, a female player is proposing to him. What will happen?

Special student Hajime Nagumo enters the largest magic school of Tortus to meet new friends, enemies and fall in love with the most powerful vampire in this world, Yui.

Our protagonist, Moji Shimeta, just so happens to fulfill the stereotype for being a worthless human. His inability to carry out a conversation has left him at the bottom of the barrel as far as friends are concerned.That Shimeta fell in love with the school idol Ishikawa Yuuko, however that kind of love is absolutely, perfectly, and completely impossible. During this time, the messenger of the gods, Osaki, appeared to grant Moji's request with a price attached concerning Moji's cooperation in catching some runaway evil spirits. However to catch them all, Osaki uses Moji as a vessel to become a servent of Uganomitamanokami (aka Inari) called Youko.