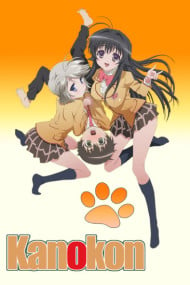 Well what can I say about this anime? Well let’s start with the story. It is very typical of ecchi genre, the male lead lives alone and is chased by many girls, but I didn’t mind the stereotype too much because the characters were very likable and for varies reason I felt for them. The main character Kouta is the usual indecisive type but I can sort of understand in this case, with Chizuru and Nozomu throwing themselves at him, he has little time to breathe let alone make up this mind. Kanokon is quite funny in its own way. If you like the awkward situation, that are typical for ecchi/harem anime, that the characters get them into then try and talk their way out then you will definitively like the comedy in this anime. Now I have to mention that this ecchi anime is not like most, there is no line of sight, lighting or blocking of the nudity. It’s there right in your face and not just a little bit, it almost seems like the producers took every opportunity possible to show a partially naked character. So if you can’t stand looking at naked animation then don’t watch it, you might have to close your eyes for the majority of this anime. Overall I thought that this anime was quite funny, amusing and a good watch. This defiantly not one of the all time greats, not even close, but it’s not too shabby to be honest. I don’t regret watching it and in fact I rather enjoyed it.

I think there must be a special place in my heart for ecchi romance harem anime - or perhaps any anime that has been cutely drawn with fairly good animation - as I've seen other reviewers disgusted by Kanokon and all it's ecchi (perhaps if taken seriously - sexist) antics. It's a fairly unique twist (at least from what anime I've seen) for the female to be the more perverse and the one who gets the male into the compromising situations that Kouta finds himself in on day-to-day life with Chizuru and Nozomu. In most anime, it seems that the the male is usually peeping on girls changing even if accidentally, yet here they are almost all too eager to strip down in front of him.   Kouta is a first year student at a school who manages to find himself in on the affectionate end of a fox-spirit Chizuru's stick, and relationships with humans isn't something that is accepted by a number of spirit-clans living in the area, but is something she has no problem with, in public or otherwise. While this might seem like any boy's dream (especially a young boy who is just beginning to delight in the treasure a woman's body can be) Kouta is a fairly shy boy, who could probably said to be trying to act like a perfect gentleman. Along the way with Chizuru trying to bed Kouta, Kouta manages to catch the attentions of Nozomu – a wolf-spirit, and it certainly seems that Kouta switches from being on the receiving end of affection, to being on the receiving end of abuse as Chizuru and Nozumu fight for his heart (usually with him directly between them both).   Chizuru is able to transform from a rather buxom student into her normal appearance; a buxom girl with fox-like ears and a rather bushy tail, which lends itself to to a fair amount of fanservice – not that Chizuru is unable to make sure that an episode goes by where she shoes off her panties of her own accord, of course, and along with the camera angles, this anime certainly gets its fair share of fanservice in per episode.   If you don't like ecchi, this won't be an anime for you. In every episode there is at least some level of nudity (along with the brief occurrence in the opening video), but thanks to well-positioned hair, nothing beyond a lot of flesh is usually seen. There are a number of episodes that do contain nudity, mostly from the waist-up, however given the nature of the show, there is a fair amount of implied nudity in a sexual context, both depicted on screen and not. As Kouta is fairly young (by my guess between 12 and 14) this could be considered to be a shotacon anime and as Nozumu is of around the same age apparent age, lolicon as well, but as it's ecchi, not hentai, the worst that happens will be breasts revealed. There is little graphic violence; a little amount of fantasy violence in which the character will disappear behind a cloud of smoke and come out looking a little scathed, and a fair amount of swearing in some episodes.   Although one could say that this anime is sexist; with Chizuru having large breasts, and virtually no decency I would actually say the opposite. Chizuru is always the instigator of sexual instances, and is in charge of her sexuality, and Kouta having female friends who are able to talk and joke about sex (to the point of Kouta being labelled as the “Erotic King” thanks to the situations he finds himself in), most of the character relationships are fairly realistic, and it even delves into the kinkier side of sex from time to time. On the flip side of this, we have other characters who are completely devoid of any interesting personality - namely Nozumu who only seems to be included in the anime to be a catalyst for Chizuru (or to push her to do more depraved things to prove her love for Kouta if you prefer to think of it that way).   There are certainly a lot worse animes out there, the creators of Kanokon certainly have skill at creating fairly good relationships between characters, both major and minor – at least for most TV anime. This anime is obviously one that doesn't take itself too seriously, and if you do you will almost certainly end up hating it, but if you let yourself be taken along for the ride, and don't mind and one hell of a lot of sexual situations, then you may actually enjoy this anime. Watching the first episode will pretty much give you a good idea as to what the anime contains whilst still leaving a lot open for discovery. 3.5 / 5 stars. 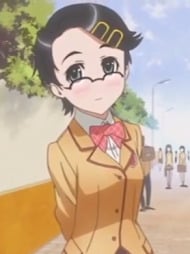 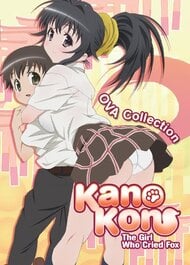 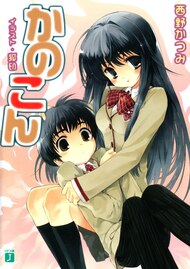 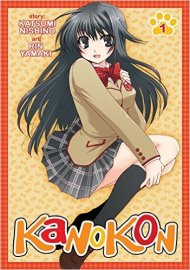